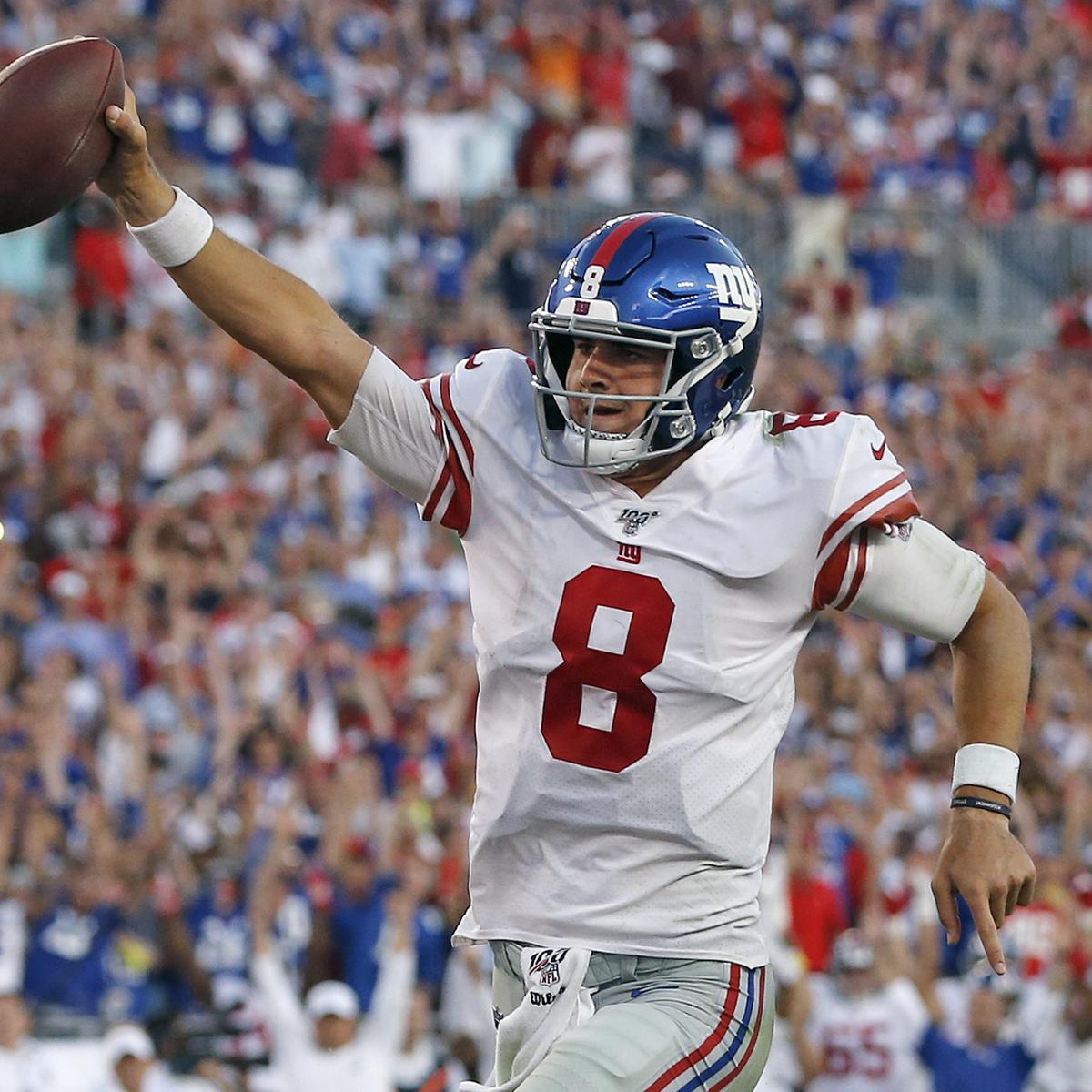 Daniel Jones had a game of historic proportions as the New York Giants beat the Tampa Bay Buccaneers 32-31 on Sunday.

Jones threw for 336 yards and two touchdowns while running for 28 yards and two scores. ESPN’s Adam Schefter put the game in perspective:

During the Giants’ 32-31 win at Tampa Bay, Daniel Jones became the first NFL rookie QB with at least 300 passing yards, two passing touchdowns and two rushing touchdowns in a single game since 1970.