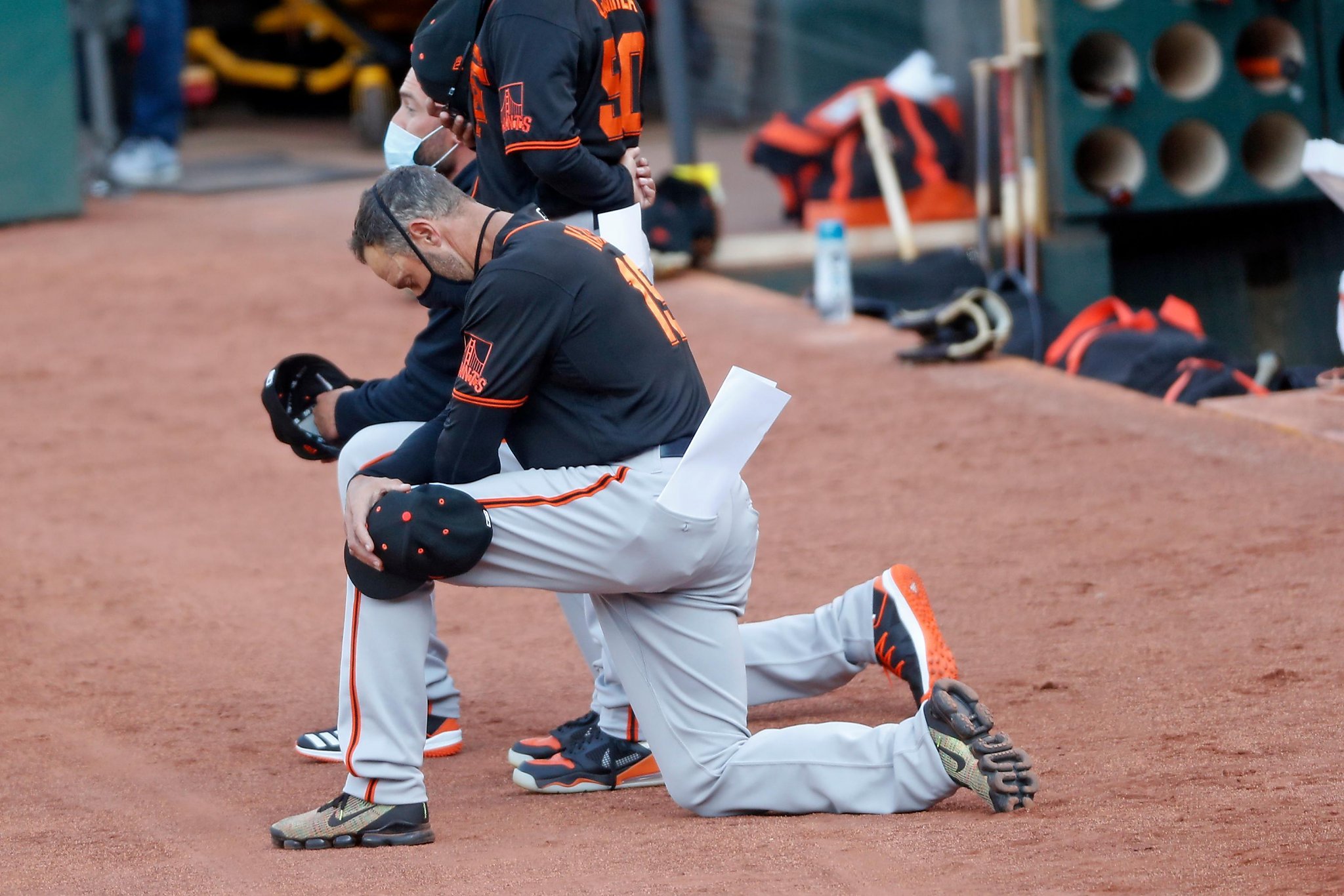 In Oakland, Kapler and two other Giants — right fielder Jaylin Davis, who is African American, and first base coach Antoan Richardson, who is Black and who is from the Bahamas —  joined Kapler. Down in San Diego, meanwhile, Los Angeles Angels reliever Keynan Middleton likewise kneeled and raised his fist during the National Anthem before the Angels game against the San Diego Padres in Petco Park.

Kapler, whose parents were civil rights activists and who has been outspoken about social issues for several years, had this to say about the pregame gesture. Via NBC Sports Bay Area:

“And I wanted them to know that they got to make their own decisions and we would respect and support those decisions. I wanted them to feel safe in speaking up, and so we had these kinds of discussions for the last several days and will continue to have them.”

In San Diego, Middleton kneeled with his fist in the air during the National Anthem. He did not comment about his gesture after the game but his manager, Joe Maddon, said that Middleton had the full support of his teammates.

Three years ago, on the same field, former Oakland Athletics catcher Bruce Maxwell became the first major leaguer to kneel for the anthem. That came a year after former San Francisco 49ers quarterback Colin Kaepernick began taking a knee during the national anthem to protest racial inequality and police mistreatment of minorities. Kaepernick, as everyone knows, was ostracized for his gesture, called out specifically by President Trump and all manner of public figures, fellow athletes, and the public at large.

That sentiment has changed significantly, however, since George Floyd’s death in May. Floyd, a Black man, died after a white Minneapolis police officer kneeled on his neck for more than seven minutes while Floyd was handcuffed. Floyd’s death led to massive outrage, protests around the country and a massive change in public support for the Black Lives Matter movement. As the season gets underway, it is expected that many other baseball players will kneel in protest as well.

After the game, the Giants made a statement of support of Kapler, Davis, and Richardson:

Major League Baseball likewise made it clear that it will take no issue if and when more baseball players kneel during the Anthem:

Sometimes it takes time and catalyzing events for something that was once considered controversial to become accepted. Such a change has happened in our country and, as a result, seeing baseball players kneel during the Anthem is likely to become commonplace going forward.