Giants coach Pat Shurmur says Saquon Barkley is fine, will absolutely not be shut down 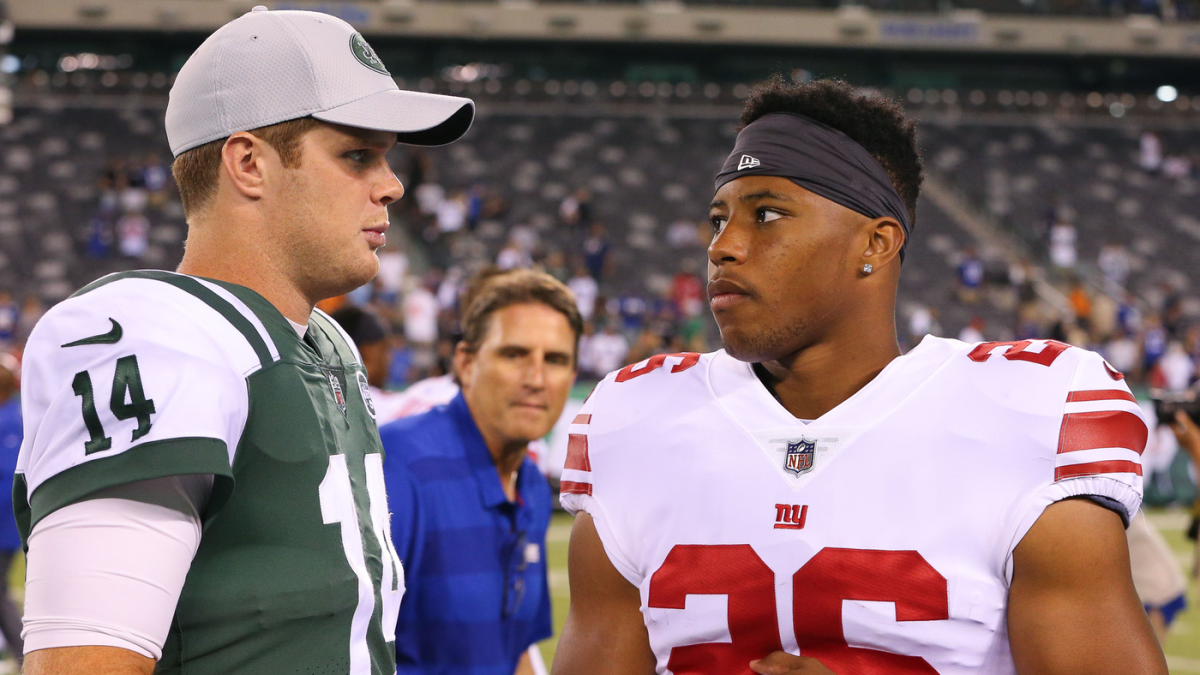 The New York Giants‘ season is spiraling out of control. After losing to the cross-building rival New York Jets on Sunday afternoon, the Giants are now 2-8. Given the current state of the roster, it does not look like things will be turning around anytime soon. This is a team with a bad offense and a bad defense, and those types of teams don’t suddenly start winning games late in the year.

To make matters worse, star running back Saquon Barkley was banged up once again during the loss. Barkley had the worst game of his career with 13 carries for just one yard, and he was seen be several reporters entering the X-ray room following the game. Giants coach Pat Shurmur would say only that Barkley “got banged up a little bit today” when asked about it at his postgame press conference.

Shurmur didn’t give much more information on Monday. All he would allow is that Barkley is “fine,” and that the Giants would “absolutely not” be shutting him down despite his injury issues in the midst of what looks like a lost season.

“He is feeling much better,” Shurmur said before ruling out the idea of shutting him down for the remainder of the 2019 season, via Ryan Dunleavy of The Post. “He’s fine.”

Barkley missed three games earlier this season after suffering a high ankle sprain, and he has not looked quite the same since returning to the field. After averaging 127.8 yards from scrimmage and 5.3 yards per carry over his first 18 career NFL games prior to the injury, Barkley has averaged just 87.3 yards from scrimmage and 2.6 yards per carry since returning form the injury (four games). The Giants have lost all four of their games since Barkley’s return to action, though they do get a bit of respite this week as they have a Week 11 bye.

Given two weeks to heal, it’s possible Barkley could feel much better by the time they take the field against the Bears in Week 12, but it also seems like the Giants should be playing it safe with their star back. They’re not going anywhere special this season, and if Barkley isn’t fully healthy, it’s fine to sit him down until he is.