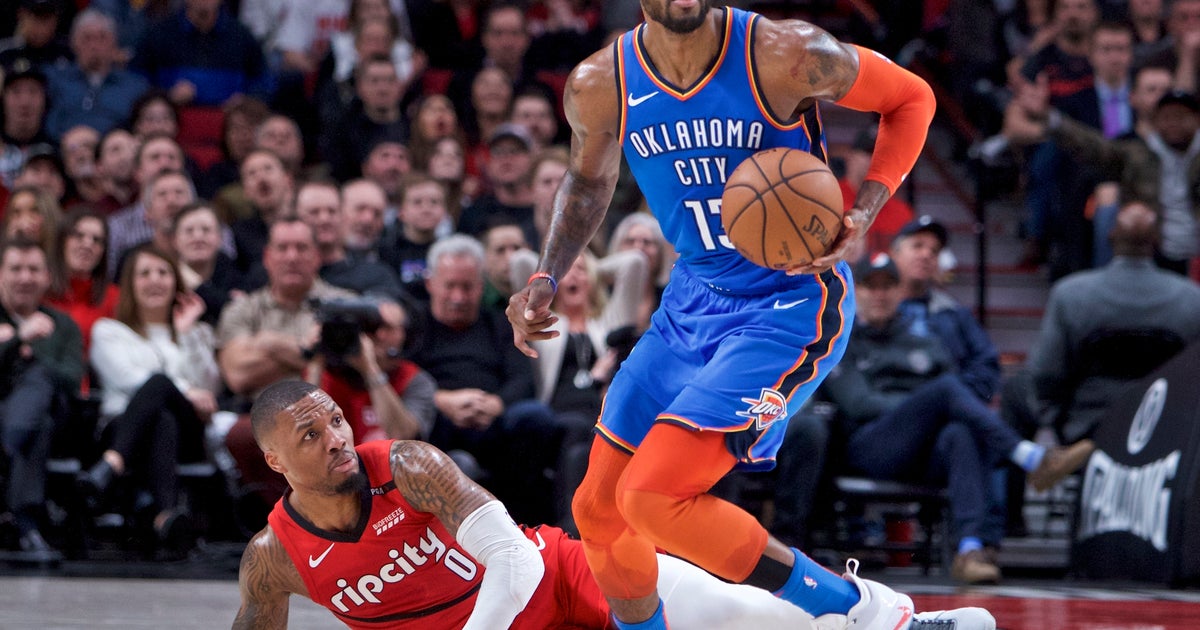 Russell Westbrook added 31 points for the Thunder, who had also lost eight straight games at the Moda Center dating to February 2014.

The Thunder trailed by as many as 11 points in the first half but pulled in front late in the third quarter and pushed the lead to 107-97 with just over 4 minutes to go on a basket by Westbrook, who scored 20 points came in the second half.

CJ McCollum’s jumper got Portland within 109-105 and Lillard made two of three free throws to cut the deficit with 42.8 seconds left.

George made free throws with 4.3 seconds left and the Blazers fell short on Al-Farouq Aminu’s basket at the buzzer.

Oklahoma City, sitting in second place in the Western Conference behind the Nuggets, has won three straight, including a 107-100 victory over the Lakers on Wednesday.

The Blazers had won two straight overall and were coming off a 113-108 overtime victory in Sacramento on New Year’s Day. The game against the Thunder was the first of a five-game homestand.

George got off to a fast start with 13 points in the opening quarter, including a pair of free throws that pulled the Thunder into a 28-all tie.

Jusuf Nurkic had 16 first-half points and Portland went into the break with a 62-57 lead.

The Thunder closed within 80-78 on Steven Adams‘ layup then took an 83-82 lead on George’s 3-pointer. Aminu answered with a 3 for the Blazers but George made another 3 and the Thunder went into the final period with a 93-87 lead.

Thunder: George had 21 points at the half. … Terrance Ferguson fouled out with 2:43 left. … It was the first of four meetings between the teams. Last season Portland won all four of its games against the Thunder.

REMEMBERING LARRY: The Blazers held a moment of silence for Larry Weinberg, one of the founders and original owners of the team, who died on Monday. Weinberg was among those who got the franchise started as an NBA expansion team in 1970. He sold the team to Microsoft co-founder Paul Allen in 1988.

Thunder: Host the Wizards on Sunday.

Trail Blazers: Host the Houston Rockets in the second of a back-to-back on Saturday.