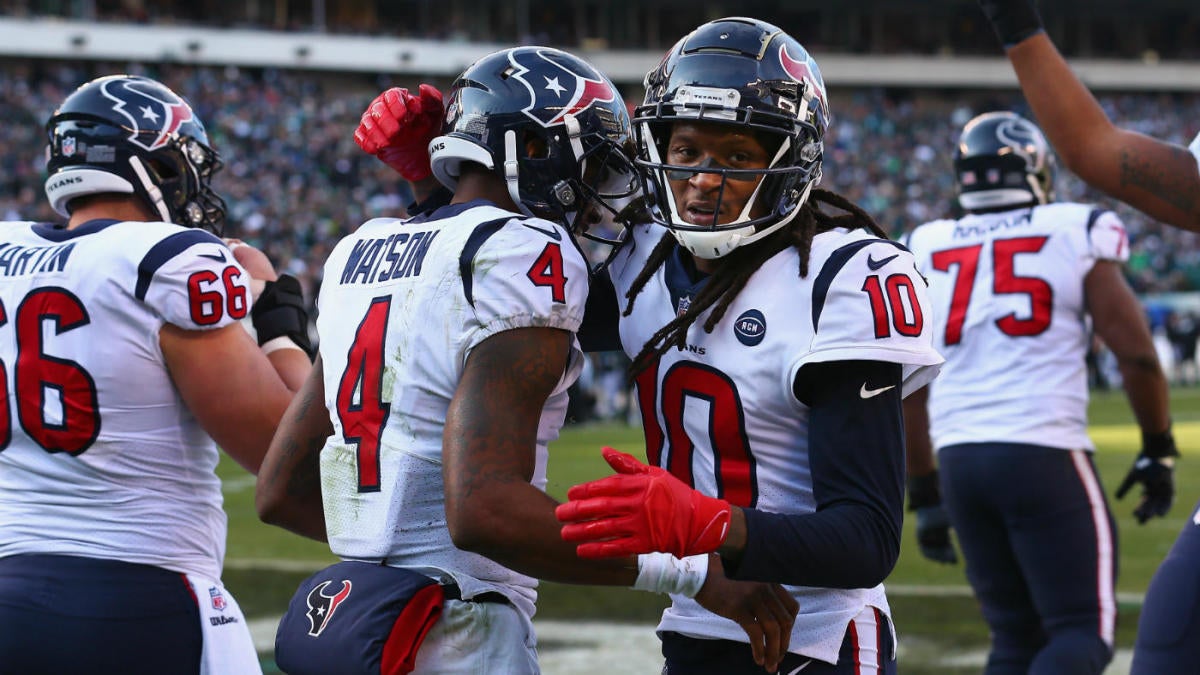 Although the Houston Texans have much to smile about after winning the AFC South crown in 2018, for the third time in the past four seasons, they know those are mostly hollow victories. Their end game is much bigger, and involves figuring out how to turn the proverbial corner and do some very real damage in the postseason. Their offseason has been a mixed bag of the bad, the good, the impressive and the downright ugly, however, and 2019 will be a litmus test regarding lessons learned — or still unlearned.

Unfortunately for them, the prevailing headline for months has fallen into the category of “downright ugly,” because it involves three-time Pro Bowl pass rusher Jadeveon Clowney continuing to hold out and refusing to sign his franchise tag. The Texans have roughly $16 million in cap space and could justifiably put a deal in front of the former first-overall pick that’s to his liking, but the two sides are far from any sort of agreement — with vulturous trade talk rumors now circling overhead.

One problem is the NFL‘s franchise tag structure would pay Clowney as a 3-4 outside linebacker instead of a true edge rusher — that latter typically associated with a 4-3 defensive end — which would cost Clowney around $1.685 million in salary. That combines with the contention that exists on a potential longterm deal to make for what can only be viewed as bad blood right now between Clowney and the Texans.

It remains to be seen what will happen in that situation, and the following bold predictions become that much more so if Clowney isn’t on the field for Houston in 2019.

That is, however, why the predictions are deemed bold.

Some argue about who the best wide receiver in the league is, and it’s fair to do so, but Hopkins is it — for my money. The All-Pro has all the tools to dominate at the position year-in, year-out, and has already reeled in 7,437 receiving yards and 47 touchdowns in his short six-year career, including breaking the 1,500-yard mark twice. Hopkins has the quickness to make defenders miss in space and the speed to take the top off of any opposing secondary, not to mention the best hands in the business.

He’ll once again be looked upon to marry with the mobility and strong arm of quarterback Deshaun Watson, and this should equal some career numbers for the young receiver. It may seem a bit far-fetched to predict a wideout delivers 1,800 yards, but it’s been done recently — when Julio Jones posted 1,871 in 2014 and Antonio Brown grabbed 1,834 the following year, for example — and nobody can deny Hopkins’ ability to join that cavalcade of greatness. He’s yet to achieve it in his career, but it feels sort of inevitable that he eventually will.

The biggest encumbrance for Watt is his health, because he has Hall of Fame talent oozing out of his sweat glands. His 2016 and 2017 seasons were plagued with injury, keeping him mostly sidelined while the Texans mustered on without him, but Watt is again healthy as a horse and back to doing damage in a big way. His 16 sacks in 2018 proved he was back, but also felt a bit unfinished — as wild as that is to consider.

This is a three-time AP Defensive Player of the Year that once broke the 20-sack mark (2012), with his 20.5 tally falling just two sacks shy of tying Michael Strahan for the NFL single season sack record (22.5). Having Clowney in tow would certainly help Watt’s chase of Strahan in 2019, but it’s not like Watt hasn’t dominated without a high-impact counterpart on the opposite edge.

There will be others vying for Strahan’s record — notably Von Miller, Aaron Donald and DeMarcus Lawrence — but Watt could be asked to do more without Clowney in the mix, and that extra ask could motivate him to break a record that’s stood since 2001.

In a surprising turn of events — although not exactly floor-dropping — the team opted to move on from running back D’Onta Foreman this summer, citing lack of maturity as a key reason for the decision. That left veteran Lamar Miller as the only true impact back, but Miller isn’t getting any younger and depth was needed at the position with Foreman out the door. Deciding to pass on discussions with the Los Angeles Chargers for a potential trade of Melvin Gordon, which would’ve resulted in a likely overpay in several ways, the Texans instead struck a deal with the Cleveland Browns to land Johnson in exchange for a conditional 2020 fourth-round pick.

Johnson wanted out in Cleveland, and wants to be used more consistently. He’ll get his chance for a Texans team that needs a dynamic flex threat to tandem with Miller, and Johnson could be in line for a breakout season. He’s already demonstrated the ability to be a dual-threat halfback, posting more than 1,000 yards from scrimmage in 2017, but it feels like he has more hiding in the cupboard.

A mobile quarterback like Watson creates mismatches against defensive fronts and Hopkins can stretch the field like a rubber band — giving Johnson room to do damage in space. If Watson begins looking for Johnson often on quick routes — considering the offensive line still needs improvement — seeing 1,500 yards from scrimmage this season from a rejuvenated Johnson is something worth betting on.

This will not be easy by any stretch of the imagination, so let’s be clear on that point first. The clear frontrunner for league MVP in 2019 will be the reigning 2018 MVP — Patrick Mahomes — with the usual suspects such as Tom Brady giving chase. This doesn’t mean Watson can’t make waves in the race, though, because he certainly can. He has both the escapability of Mahomes and a near-equivalent arm strength, but it’s questions surrounding the offensive line in Houston that will make his battle an uphill one.

If the Texans can figure that out by doing something major like, say, trading with the Washington Redskins for disgruntled All-Pro offensive tackle Trent Williams — who refuses to take another snap in Landover — it could be enough to keep Watson clean longer and more consistently. That would be a nightmare to opposing defenses, because it’ll give Watson the opportunity to choose between scanning the field patiently for targets like Watson, Johnson, Miller and Co., and simply taking off to use his legs as a weapon. This dual-threat ability has and will continue to serve Watson well at the NFL level, and he should justifiably be looked at as at least an early contender for league MVP — all things considered.

If the Texans don’t shore up the O-line, and Watson balls out anyway, well then his path to a possible MVP nod should be that much easier.

The former hasn’t necessarily been a trek up Mount Everest for the Texans in the ranks of the AFC South, and shouldn’t be in 2019, either. With the Tennessee Titans still working to figure themselves and quarterback Marcus Mariota out, and the Indianapolis Colts again facing injury concerns on Andrew Luck — along with an unsettled WR corps, despite adding Devin Funchess — the race for the division title could dwindle down to the Texans and the Jacksonville Jaguars. The Jaguars acquired former Super Bowl MVP Nick Foles after sending Blake Bortles on his way, and they should be competitive offensively in a way that at least comes close to what their defense provides.

Still, it feels like the Texans have a bit of an edge for the AFC South crown, and my feeling is that they’ll repeat as champs and finally do something they’ve been dying to do since landing in Houston as an “expansion” franchise in 2002: