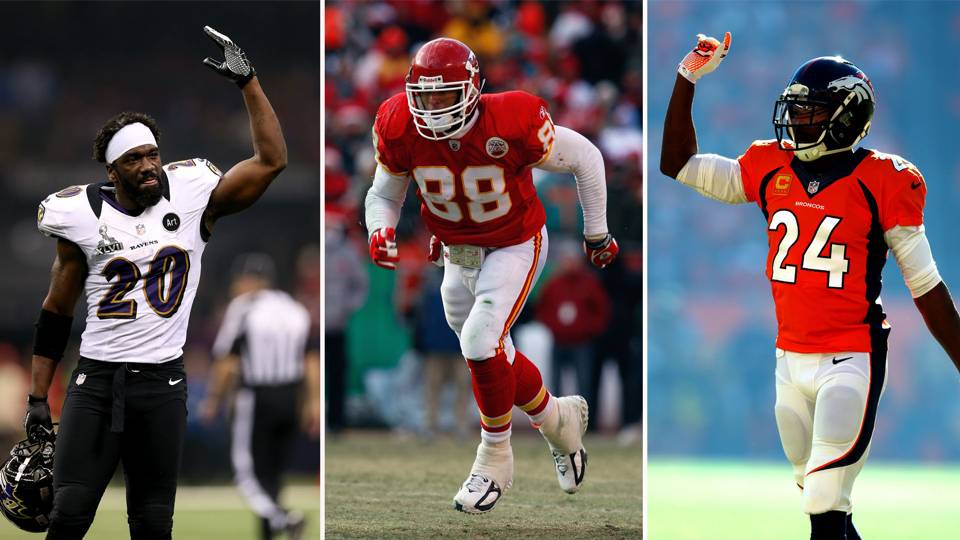 First-time candidates Tony Gonzalez, Ed Reed and Champ Bailey are among the 15 finalists for induction to the Hall in 2019.

The 15 finalists for the Pro Football Hall of Fame Class of 2019 were announced on Thursday night, with the former stars getting one step closer to being enshrined in Canton.

The Pro Football Hall of Fame’s Class of 2019 will be announced during a two-hour primetime special that will air the night before the Super Bowl, on Feb. 2. The players who receive the requisite 80% vote will be enshrined next August.