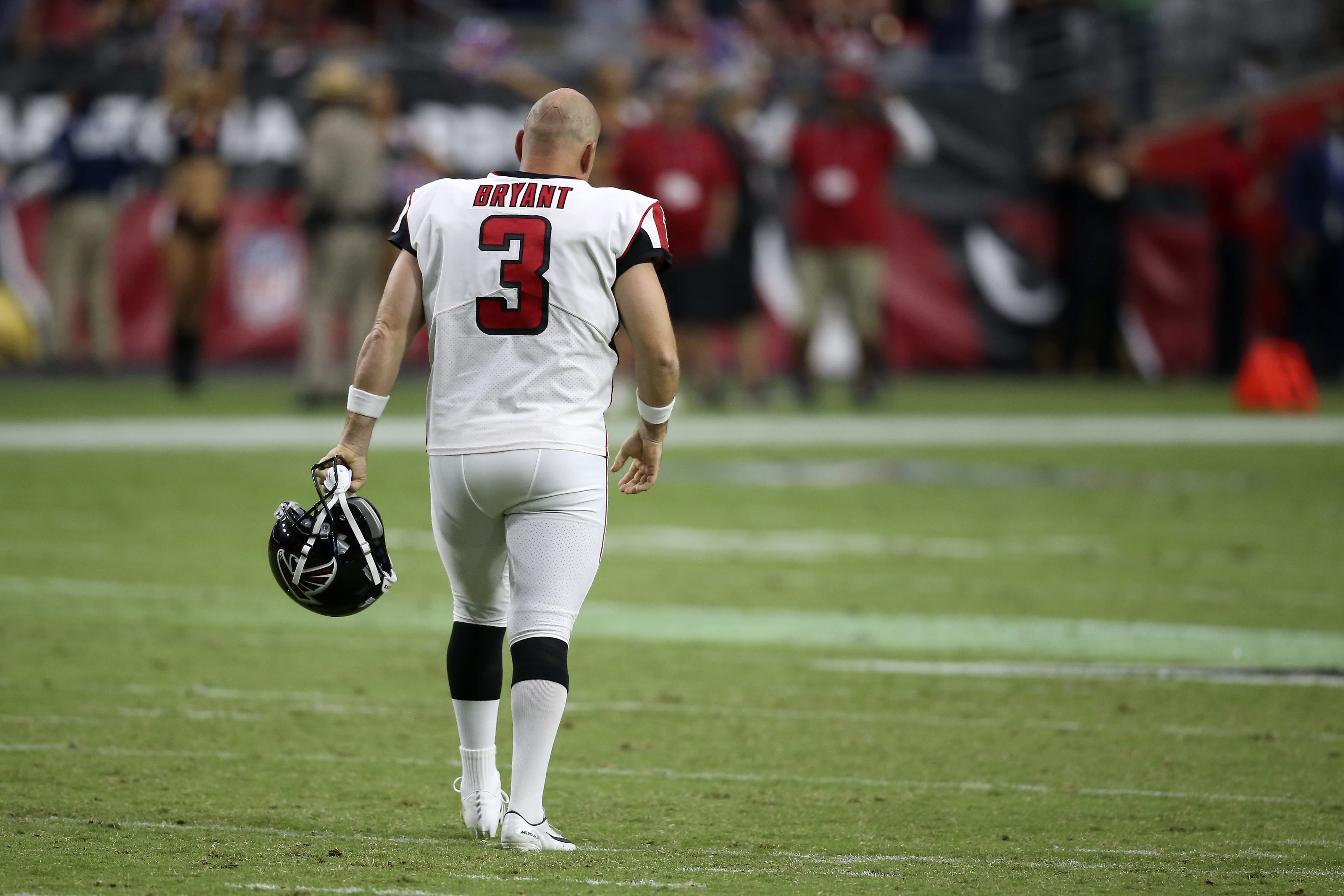 The Atlanta Falcons are struggling. And that’s putting it kindly.

They’ve lost six straight games and seven of eight this season, their defense is one of the worst in the league, their head coach is on the hottest seat in the league.

And as they reassess the team during their bye week, the Falcons did the most logical thing they could do: they cut their kicker.

On Tuesday afternoon, Atlanta announced that it has cut veteran Matt Bryant, who was the longest-tenured player on the team along with quarterback Matt Ryan.

The 44-year-old Bryant has not had his best season —he’s missed 5 of 14 field-goal attempts — including two of four last Sunday against the Seattle Seahawks, from 51 and 53 yards.

Four of his five misses were from 50 yards or more, and the fact that he’s lined up for six kicks of 50-plus in eight games is more of an indictment on the Atlanta offense, but we digress.

Bryant is the Falcons’ all-time leading point scorer, with 1,163, but to this point there has been nothing more than a boilerplate post on the team website announcing his release.

If Bryant has played his last NFL game, he leaves as one of the most accurate kickers ever: in 242 games over 17 seasons with five teams, he made 85.560 percent of his field goals. He made 98.6 percent of his extra-point tries, including just four misses in 390 PATs with Atlanta.

Atlanta also announced Bryant’s replacement: Younghoe Koo. Koo hasn’t kicked in a regular-season game since 2017, when he was with the Los Angeles Chargers and kicked in four games.