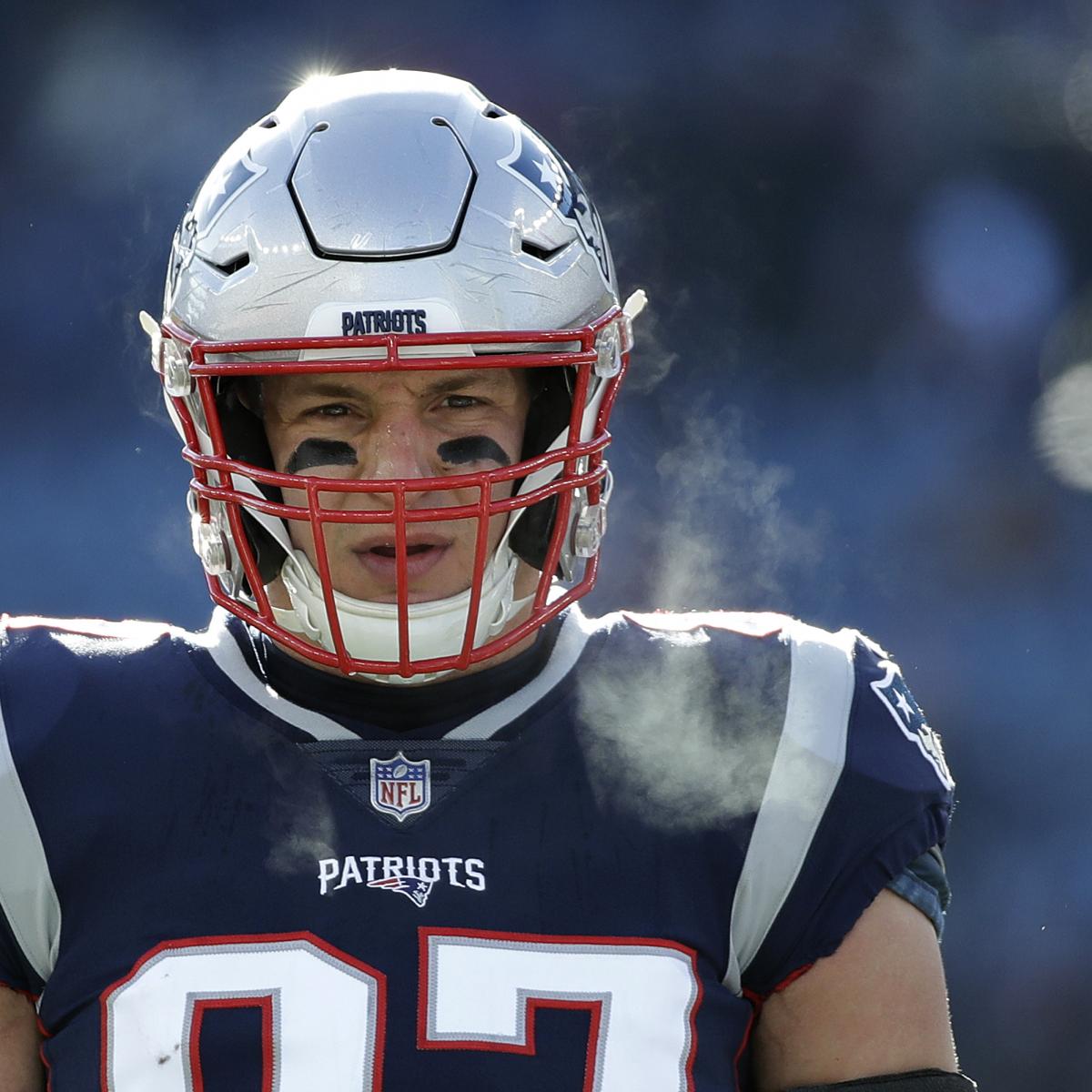 Former New England Patriots star Rob Gronkowski opened up about the types of injuries he sustained during his time as a football player.

Speaking to CBS News’ Reena Ninan, Gronkowski said he suffered “probably, like, 20 concussions” in his life and he recalls “five blackout ones” from his playing days.

.@RobGronkowski told CBSN’s @reenaninan that he’d let his son play football ––only after educating him about what he went through in the game. He said he had about “nine surgeries, probably had 20 concussions” playing football. https://t.co/CYw25maOgo https://t.co/dltWn6Y4k2