Eagles have many injuries, and they called off their regular practice on Wednesday 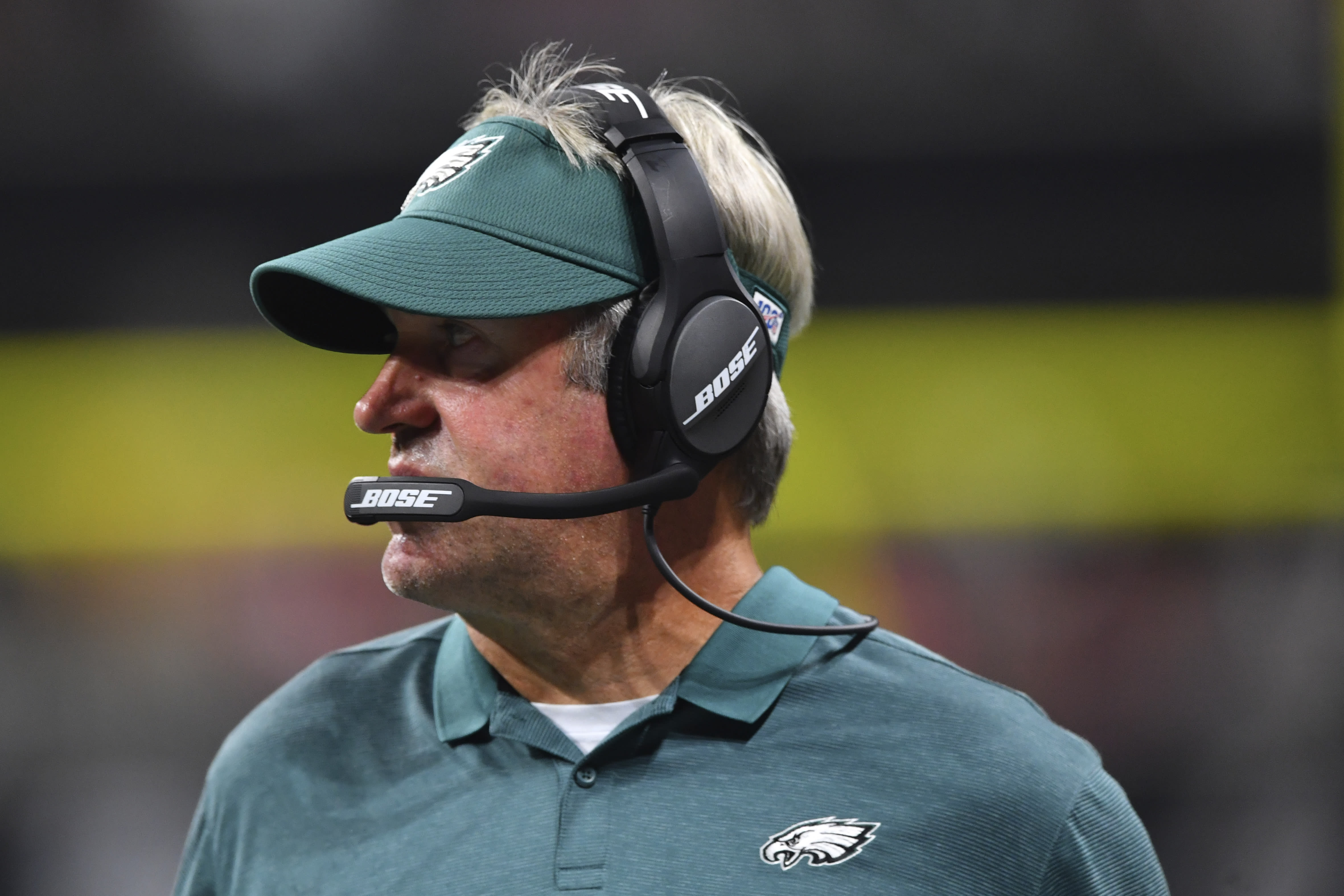 The Philadelphia Eagles had a rough trip to Atlanta.

Philadelphia lost on a long Julio Jones touchdown in the fourth quarter, and that might not even be the worst of it. The Eagles took on multiple injuries in that game, and that’s still lingering this week.

The team is so banged up, coach Doug Pederson took the rare step of calling off practice on Wednesday.

The Eagles shifted to a walkthrough on Wednesday instead, which they did late last season according to Zach Berman of The Athletic. But that was in the final weeks of a long season. To call off practice in Week 3 is unusual.

Howard Eskin of 94 WIP said the change in practice schedule was due to injuries and a game on artificial surface. The Eagles needed a rest.

The injury list was long after Sunday’s game. Receivers Alshon Jeffery and DeSean Jackson were injured, missed most of the game and probably won’t play this week either. Tight end Dallas Goedert injured his calf in pregame warmups and didn’t play. Quarterback Carson Wentz took a lot of punishment, though he finished the game. Center Jason Kelce had to be checked out, though he returned too. Defensive tackle Tim Jernigan suffered a foot injury and could miss a month or more.

And there are 15 weeks to go this regular season.

The Eagles play the Detroit Lions on Sunday. We’ll see who can suit up.

Philadelphia came into the season with high hopes, but the start of the season has been a struggle. The Eagles had to rally after a slow start in Week 1 to beat Washington, then lost in Week 2 while injuries piled up. All the while the Dallas Cowboys have started 2-0 in the NFC East with a game against the terrible Miami Dolphins on deck.

The Eagles seem to be in a bit of survival mode already, which isn’t a great sign in mid-September.