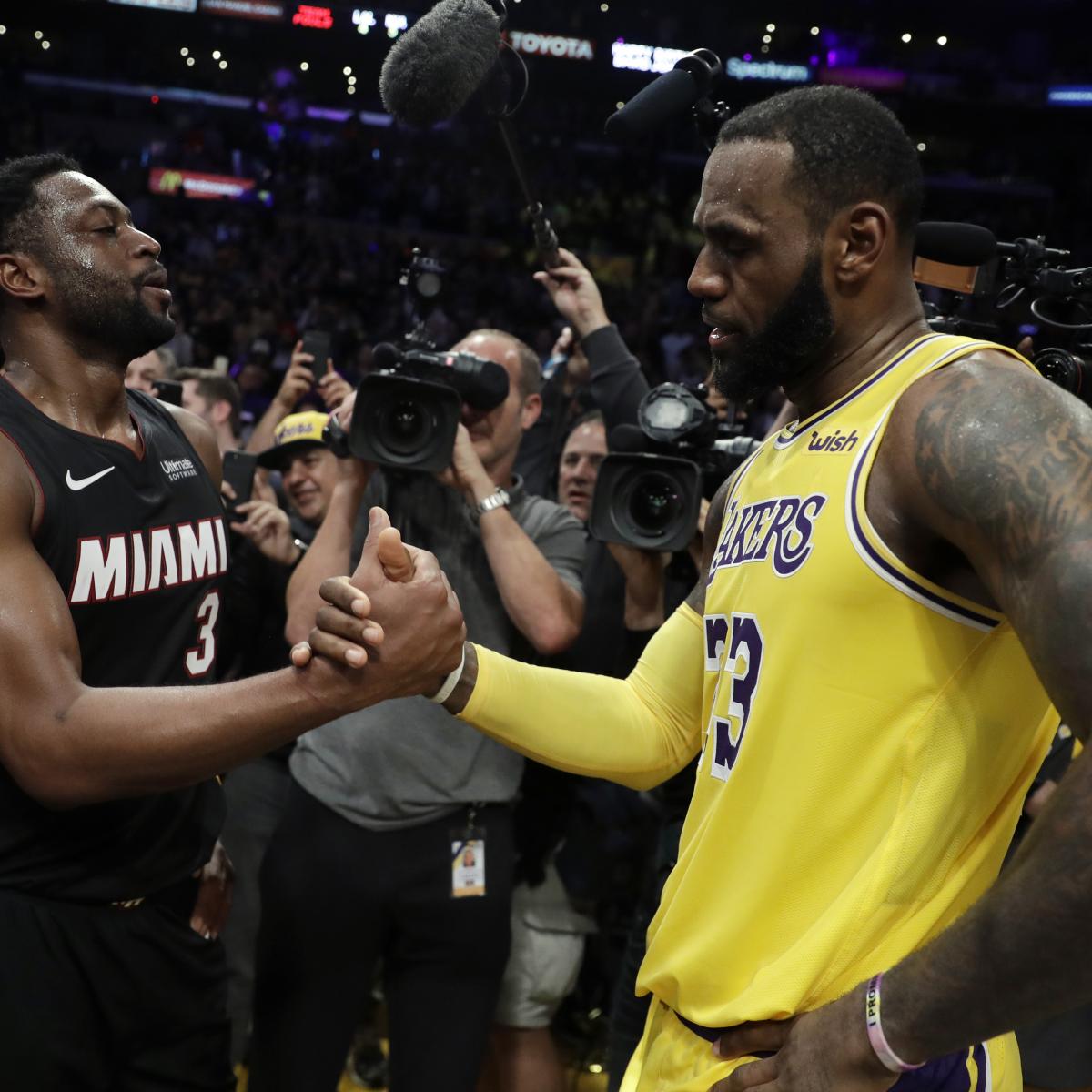 Former NBA guard and surefire future Naismith Hall of Famer Dwyane Wade may be enjoying his retirement, but the ex-Miami Heat superstar will still be present at NBA games this season as he helps friend and Los Angeles Lakers forward LeBron James prep pregame.

“You’re definitely going to see me out there,” Wade told Arash Markazi of the Los Angeles Times. “I’ll be there early to work out with LeBron before the game starts. I just want to stay around it and be as involved as I can.”

The 13-time All-Star averaged 22.0 points per game over 16 NBA seasons, winning the NBA Finals three times. Wade, James and Chris Bosh formed a Big Three on the Heat in the early 2010s, making the championship round four times and winning twice.

James and Wade were both drafted in 2003, with the former player going first overall to the Cleveland Cavaliers and D-Wade headed to the Heat.

LeBron James Jr. and Zaire Wade, the two players’ eldest sons, will also be sharing the court together for the Sierra Canyon School basketball team. Sierra Canyon is located in Los Angeles.