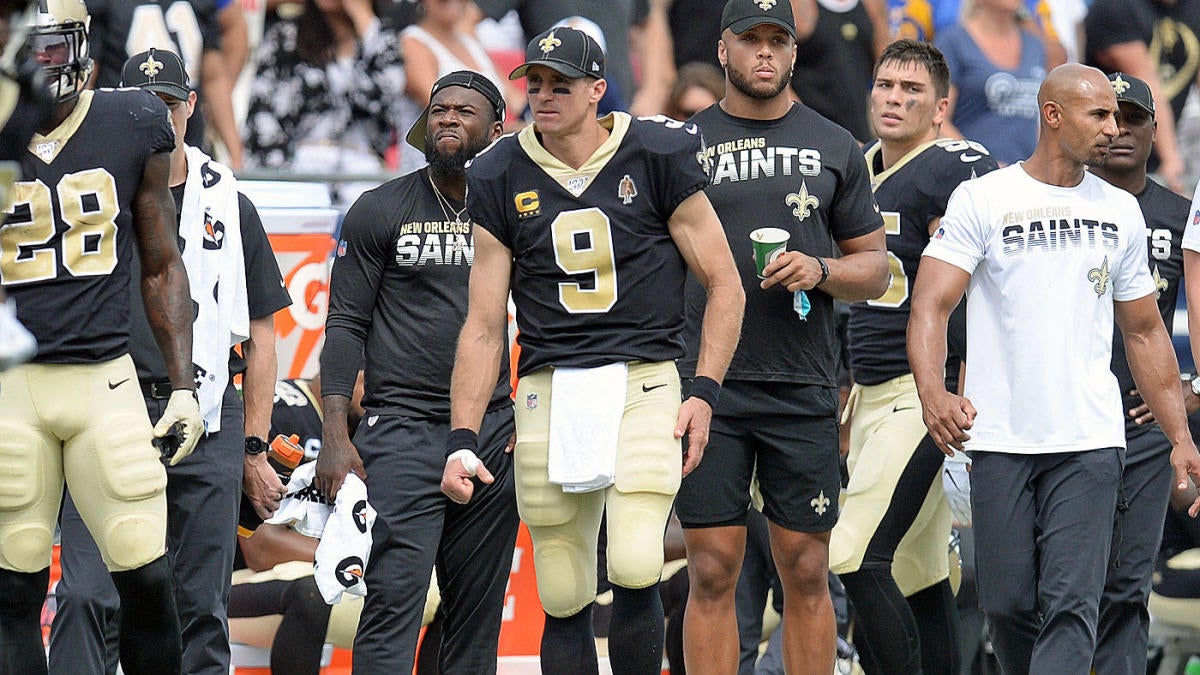 As expected, it’s not good news for Drew Brees. The former Super Bowl MVP exited the New Orleans Saints battle in Week 2 against the Los Angeles Rams with an apparent injury to the thumb on his throwing hand, which was so severe that it prevented him from being able to grip the ball or, subsequently, return to the game.

The Saints went on to lose 27-9 to the Rams and as they packed their bags to head northwest to face the Seattle Seahawks in Week 3, Brees wasn’t in tow. He remained behind in Los Angeles to see a hand specialist and although he was admittedly “concerned” the injury was “significant,” he also hoped it was anything but. As it turns out, his initial feelings were correct, because the 40-year-old has reportedly suffered a torn ligament his throwing hand that requires surgery to repair — per Ian Rapoport of NFL Network.

As such, Brees could miss upwards of the next six games.

Did Drew Brees injury sink the Saints chances of winning the NFC South? Can Teddy Bridgewater keep them afloat until Brees comes back? Are the Bucs the new division favorites?? Will Brinson, Ryan Wilson, John Breech and Sean Wagner-McGough discuss the fallout from Ben Roethlisberger’s season-ending injury in an emergency Monday afternoon edition of the Pick Six podcast. Make sure and subscribe to get our daily NFL pod, now with seven (!) episodes per week, M-F.

This estimate isn’t written in stone, however, and it leaves the Saints with a decision to make. The news also wildly shifts power atop the NFC, as evidenced by Sportsline’s instant-read and reaction.

“Heading into the Rams game they were at a 13.4% chance to win the Super Bowl.  After the loss (but with Brees playing) they went down to 10.9%.Now with Brees out for 6 games they are down -1 win and their SB chances are just 7.9%.  Their per game win percentage is down 17% per game which translates to nearly 3 fewer wins over a full 16 game season.” – Stephen Oh

If the Saints opt to place Brees on injured reserve, he can still return this season but not until he sits a mandatory eight games; being allowed to return to practice after six weeks, but not before. If the timetable for his return is closer to that length of time, it justifies the Saints freeing up the roster seat for some sort of addition between now and late November, should they see the value in doing so. The alternate option would obviously be to roll the dice and not place him on injured reserve, which wouldn’t give them any added roster space but leaves the door open for him to return to practice as soon as he’s ready and also leaves the door open for a return likely as early as their Week 10 battle with the rival Atlanta Falcons.

The Saints have a bye in Week 9, and that could work in their favor here when making the final call on what to do with Brees.

For now, they’ll do their best to keep the boat afloat with Teddy Bridgewater and Taysom Hill, along with potentially bringing in a third quarterback for depth — even if Brees doesn’t land on IR to free up a roster seat. Still very much in his prime after throwing for 3,992 yards and 32 touchdowns to just five interceptions last year, the Saints potential run at the Super Bowl is contingent upon just how quickly Brees can heal and get back onto the field.