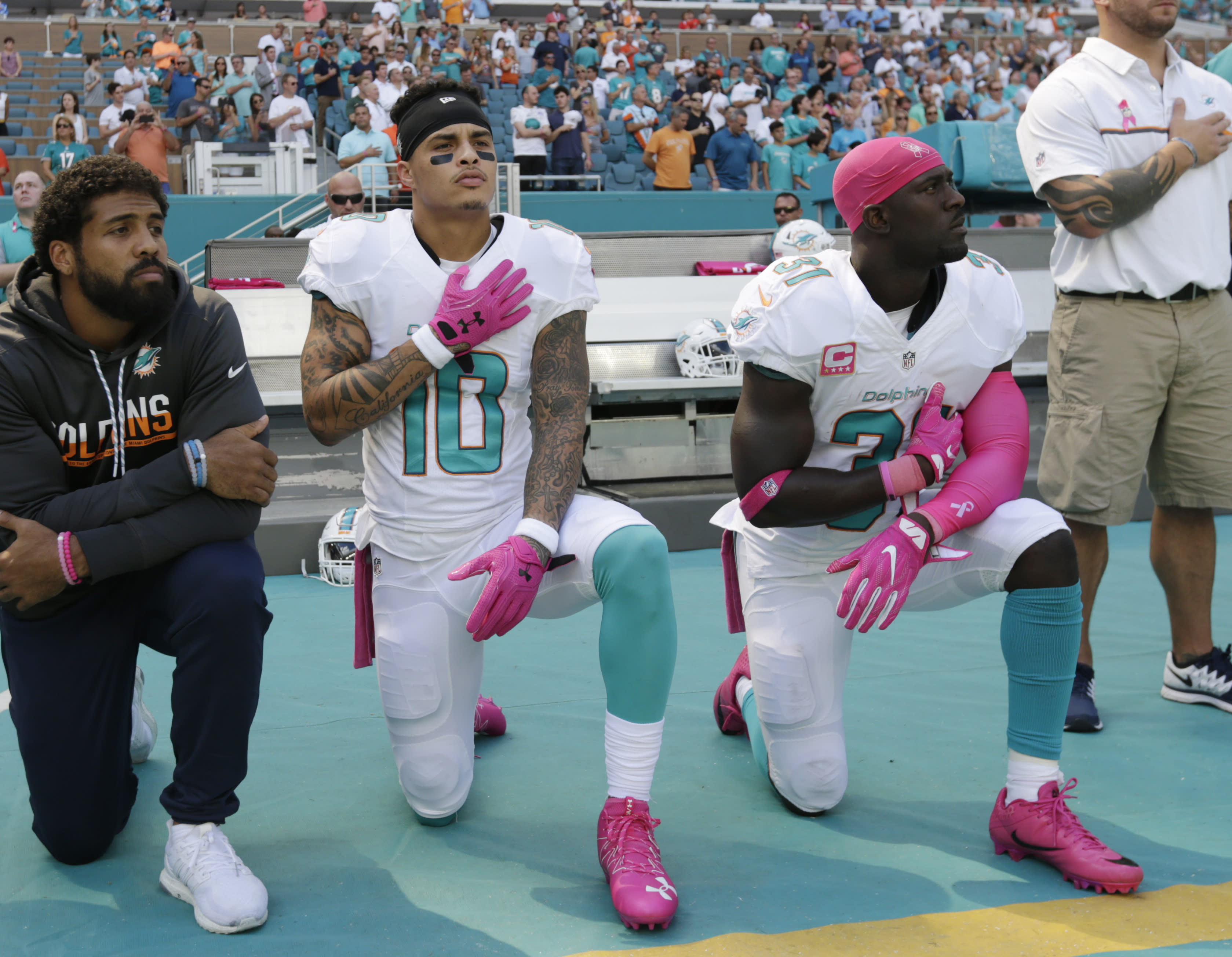 It’s not often you’ll see an NFL player directly take on a team owner. It’s rare for that player to call out the owner of the team he plays for.

Miami Dolphins receiver Kenny Stills, who has been a vocal advocate of social justice and was one of the players who took a knee during the national anthem, wasn’t happy to see Dolphins owner Stephen Ross is supporting President Donald Trump’s reelection by hosting an expensive fundraiser for Trump in The Hamptons this week. The fundraiser is $250,000 for lunch, a photo and a private roundtable, according to Derick Waller of ABC 7. Trump criticized players who took a knee during the anthem, saying in 2017 that team owners should say, “Get that son of a bitch off the field right now, out, he’s fired. He’s fired!”

Ross supported his players’ social justice causes, and though he said he didn’t plan to tell his players to stand for the anthem he felt “kneeling is an ineffective tactic.”

Stills used Waller’s tweet to point out that Ross’ support of Trump doesn’t align with Ross’ non-profit initiative for equality through sports.

Ross has an initiative called RISE (Ross Initiative in Sports for Equality) and the Miami Herald pointed out the mission statement says: “We are a national nonprofit that educates and empowers the sports community to eliminate racial discrimination, champion social justice and improve race relations.”

Stills tweeted his comments about Ross on Wednesday morning.

The Miami Herald’s Adam Beasley wrote that Ross and Trump are longtime friends from their common backgrounds in New York real estate. A source told Beasley the two agree on some things and disagree on others.

“Specifically on the rhetoric around race. … Stephen’s record on racism speaks for itself,” the source told Beasley. “It is possible to support someone in the basis of something things and not agree with everything about them.”

Ross gave a statement to the Washington Post on Wednesday evening:

Stills takes on his boss

Ross isn’t the only team owner who supports Trump, and plenty of players have voiced opposition to Trump. There are also players who support Trump and owners who are against Trump. It was a concern that politics could divide NFL locker rooms, though we haven’t heard as much about that issue lately.

Stills’ comments are unique. He has been with the Dolphins for four seasons, as a full-time starter the past three. He has 24 touchdowns with the Dolphins and will be a big part of this year’s team. Stills criticizing his boss in a public manner could become a touchy subject around the team.

Stills has been vocal about political issues in the past and he’s not afraid to challenge his boss on issues he doesn’t agree with.