Dodgers break NL record for homers in a season 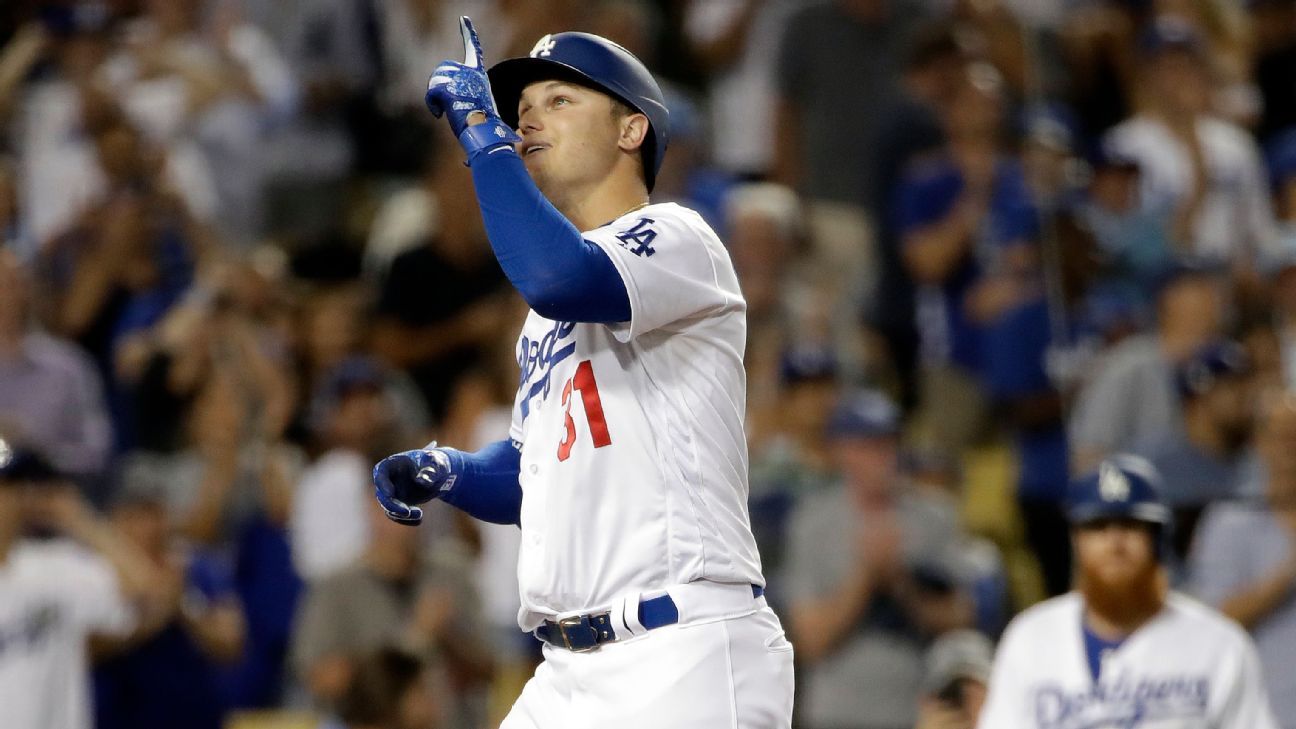 The Los Angeles Dodgers broke the National League record for home runs in a season thanks to Joc Pederson‘s pair of homers against the Colorado Rockies on Wednesday night.

The Dodgers have hit 250 on the year, surpassing the Houston Astros‘ previous record of 249, which they set in 2000.

Pederson opened the game with his eighth leadoff homer of the season to match the record, then set the mark with a two-run blast in the fourth inning. It’s Pederson’s fifth multihomer game of the year.

The Dodgers’ feat comes just four days after the Minnesota Twins broke the American and major league record with their 268th homer of the season.

National League teams, though, are at a natural disadvantage in the chase for home runs because of the presence of the pitcher in the lineup. The Dodgers have only one home run from a pitcher this year and none from a designated hitter in their interleague games played in AL ballparks, whereas the Twins have gotten 44 from their DH spot.

Cody Bellinger leads the Dodgers with 44 homers this season, followed by Max Muncy with 33 and Pederson’s 32.