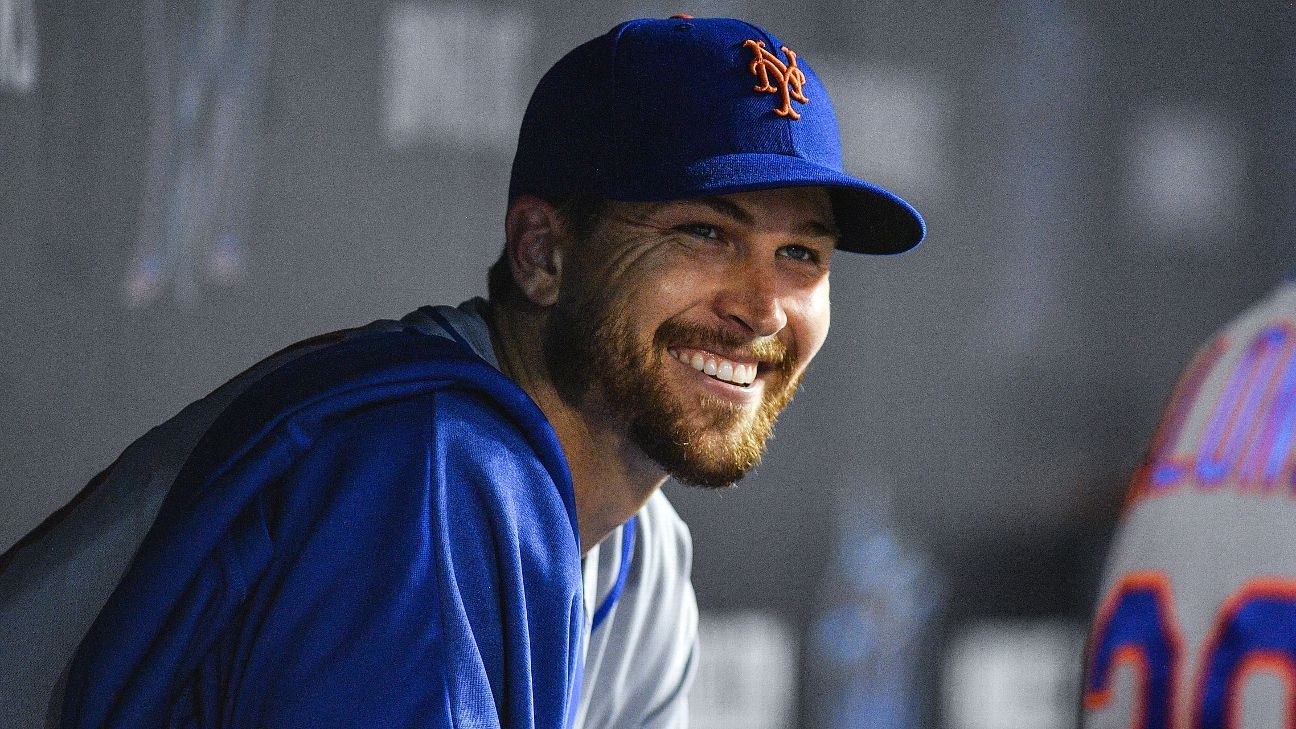 Los Angeles Dodgers pitcher Hyun-Jin Ryu, the major league ERA leader, finished second in voting and was the only other player to receive a first-place vote. Three-time Cy Young winner Max Scherzer of the Washington Nationals was third.

DeGrom, 31, joins Randy Johnson, Tim Lincecum, Clayton Kershaw, Scherzer, Greg Maddux and Sandy Koufax on the list of NL back-to-back winners, and he had to rebound from a slow start to the season to capture his second award.

On May 17, deGrom allowed nine hits and seven runs in five innings in a loss to the Marlins. The reigning Cy Young winner was nine starts into his season, and he was 3-5 with a 3.98 ERA. “Tonight’s on me,” he said after the game. “I did a terrible job out there. I let it get out of hand.”

He didn’t have too many terrible starts after that.

DeGrom kicked back into his 2018 form and posted a 1.89 ERA the rest of the season to finish 11-8 with a 2.43 ERA and a league-leading 255 strikeouts in 204 innings. He’s the 20th pitcher in MLB history to win multiple Cy Young Awards and 11th overall to win the award in consecutive seasons.

Because of that slow start, deGrom wasn’t quite as dominant as in 2018, when he posted a 1.70 ERA and claimed 29 of 30 first-place votes in the Cy Young voting. Still, in 2019, he led NL pitchers in both Baseball-Reference and FanGraphs WAR, strikeouts and lowest OPS allowed while finishing second in ERA, second in WHIP, third in innings and third in ERA+.

In his final 23 starts, he allowed more than two runs just four times: three runs twice and four runs twice. One of the three-run outings included three unearned runs. He closed the season with a flourish, with three consecutive scoreless starts of seven innings apiece and nine hits allowed in 21 innings.

DeGrom’s final start came on the day the Mets were eliminated in the wild-card race. “That would mean a lot. It’d be a huge honor,” he said of winning a second Cy Young Award. “I guess you do kind of set personal goals, but tonight we fell short of a team goal. So it’s kind of mixed emotions, and nobody in here is real happy that we’re eliminated.”

Similar to in his 2018 season, when he won 10 games, deGrom was once again plagued by poor run support. Three times he allowed no runs and didn’t get a win. Four times he allowed one run and came away with a no-decision. He allowed two runs in eight starts and went 3-2 in those games.

DeGrom joins three-time winner Tom Seaver as a multiple Cy Young winner in Mets history. R.A. Dickey and Dwight Gooden are also Mets Cy Young winners. DeGrom should have more opportunities to win a third Cy Young Award in a Mets uniform: He signed a five-year, $137.5 million extension in spring training (though the contract includes an opt-out clause after 2022).

Washington’s Stephen Strasburg, who led the NL with 18 wins and 209 innings while posting a 3.32 ERA and 251 strikeouts, finished fifth in the voting. Jack Flaherty of St. Louis was fourth.