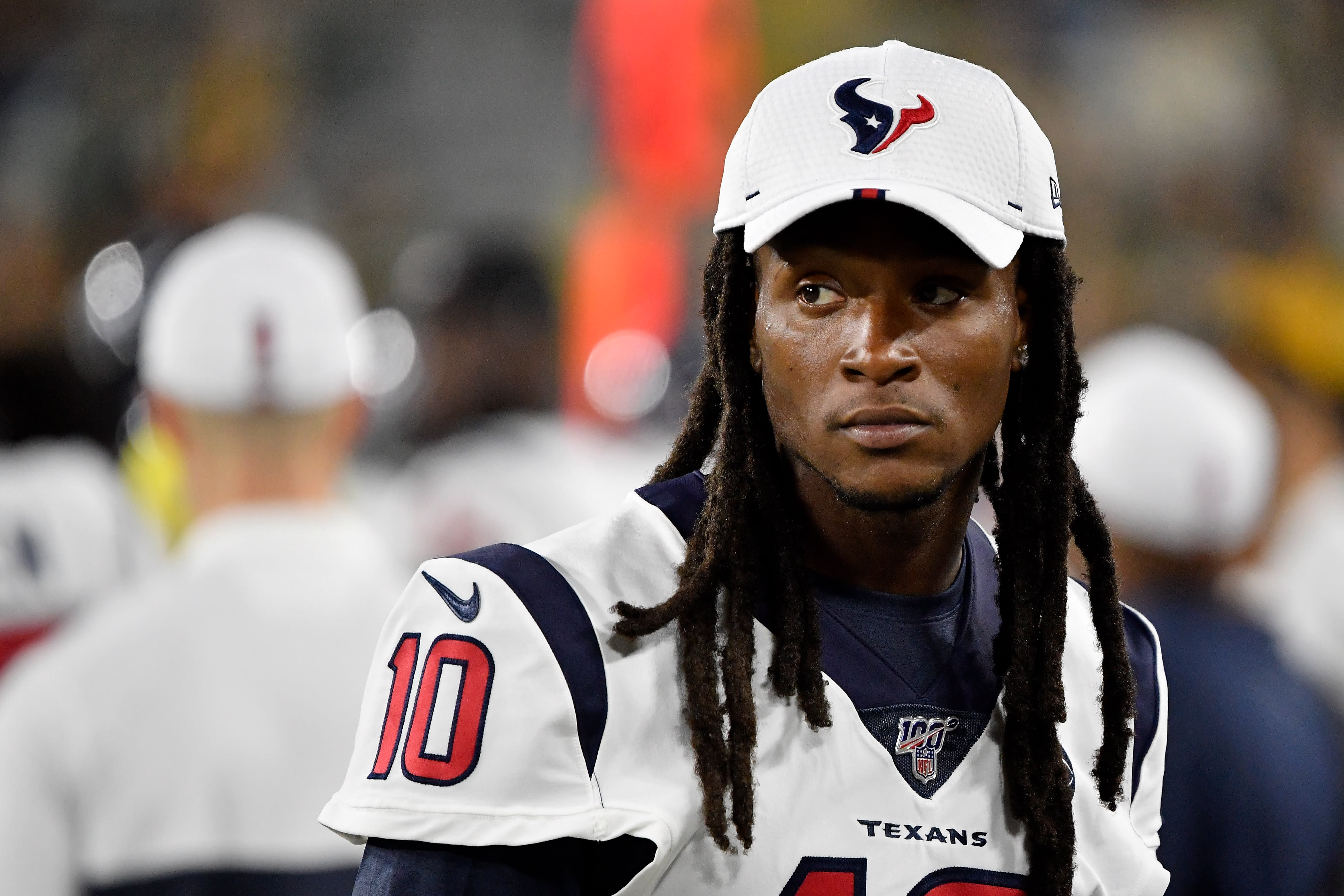 In a GQ interview published on Tuesday, the Texans wide receiver admitted that he almost skipped a game.

McNair, who died in November at 81, reportedly made the comment during a 2017 owners meeting while discussing how to approach the issue of players kneeling during the national anthem to protest issues of social injustice and police brutality.

“We can’t have the inmates running the prison,” McNair — a campaign contributor to President Donald Trump — said at the meeting, according to ESPN.

Hopkins, a Colin Kaepernick supporter who has knelt in protest, expounded on his response to McNair’s comments in the GQ interview.

“Hell yeah, I was about to sit out the game,” Hopkins said. “But I definitely wasn’t going to practice. A couple of my teammates about to follow me, but they called them back up to the stadium. They tried calling me, but I wasn’t going back. Hell no.”

The game in question was a matchup against the Seattle Seahawks that saw Hopkins and several of his teammates take a knee after he eventually decided to suit up. Hopkins told GQ that he ultimately decided to play in order to not let his teammates down.

The seventh-year pro who grew up in South Carolina explained how McNair’s comments felt to a man who’s a descendant of slaves with family members who relayed stories about living in the Jim Crow South.

“It’s hard for people to understand what that means, when your family was slaves,” Hopkins said. “You can’t relate to something like that if your great-uncle’s not telling you stories about their parents or their grandparents and what they went through. Not even too long ago, people couldn’t even drink out of the same water faucet.”

Basically, Hopkins explained, it made him feel like he was being treated as a slave.

“It feels like I’m a slave again,” Hopkins said. “Getting ran over. Listen to the master, go to work.”

Hopkins did go on to call McNair a “good man” in the interview, giving him the benefit of the doubt of his upbringing.

“When you grow up certain places, you talk a certain way,” Hopkins said.

Hopkins, a three-time Pro Bowler, continued to talk of his support of Kaepernick, noting that before DeShaun Watson arrived in Houston he hadn’t had the benefit of working with a Pro Bowl quarterback.

After working with the likes of Tom Savage, Brock Osweiler and T.J. Yates, Hopkins argued that it was obvious that Kaepernick was being blackballed from the NFL.

“Ain’t no way around it,” Hopkins said. “You can’t sugarcoat why Kaep is not playing in the NFL. This dude played in the Super Bowl.”