David Stern’s legacy: A timeline of his most important acts as commissioner of the NBA 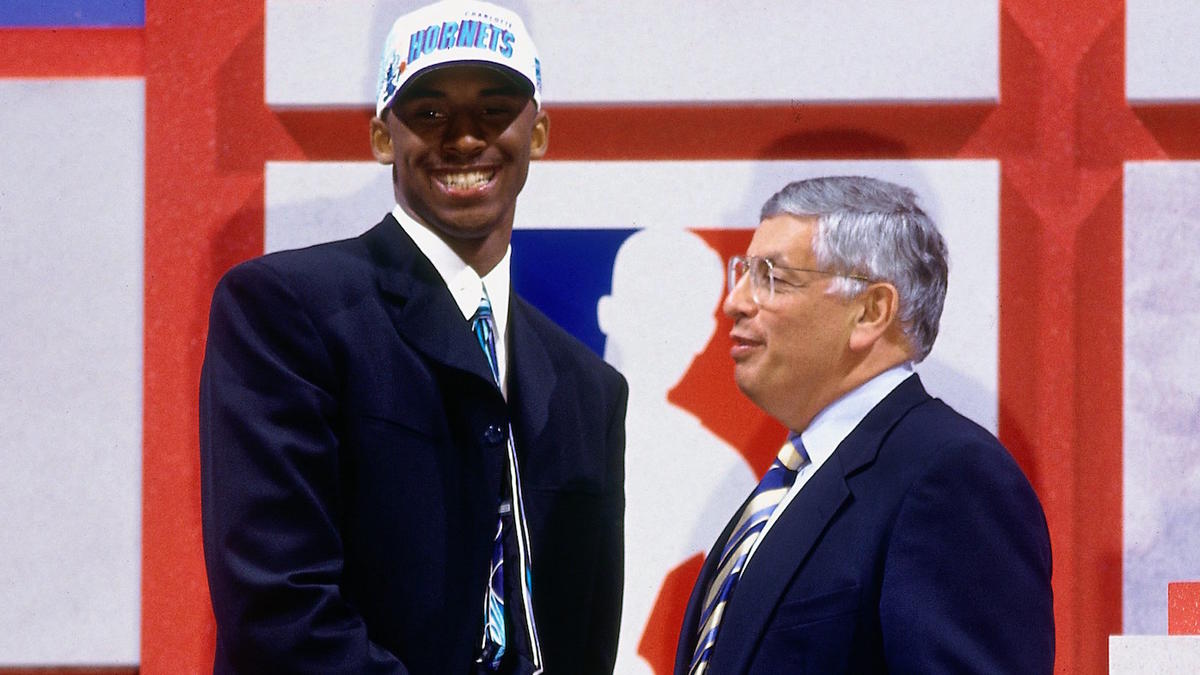 David Stern, the former commissioner of the NBA and one of the most important men in its history, died on Wednesday three weeks after suffering a brain hemorrhage in New York. The 77-year-old Stern had been involved with the league in some capacity for over 40 years, and it was his guiding hand that turned the league into the financial juggernaut that it is today.

And so, let’s dive into David Stern’s legacy and look at some of the most important moments and decisions throughout his time with the NBA. Here is a timeline of Stern’s tenure with the NBA.

1978: Hired by NBA as general counsel

Before Stern was the commissioner, he was a lawyer. As a rising star at famed New York law firm Proskauer, Rose, Goetz & Mendelsohn, Stern worked with the NBA on a number of matters, including Oscar Robertson’s suit against the league in 1966 and the 1976 merger between the NBA and ABA. Stern so endeared himself to the league office in that time that it hired him as its general counsel, before promoting him to executive vice president of the league and ultimately commissioner.

Stern’s greatest contribution to the NBA may have come before his commissionership. With several teams in dire financial straits and players on the verge of a strike, Stern helped create the first salary cap in the history of North American sports. The deal not only limited the spending power of big-market teams but as it was based on a percentage of revenue, effectively made players partners to ownership in the success or failure of the league as a whole. The NFL would not institute a salary cap of its own until 1994, and the NHL eventually followed a decade later following the 2004-05 lockout.

Stern was officially named commissioner of the NBA on Feb. 1, 1984. He replaced Larry O’Brien, whom he would one day name the league’s championship trophy after. Stern’s tenure came at the height of the Magic Johnson-Larry Bird era, but at the time, the league was struggling to market its two biggest stars. Stern ultimately helped change that, turning the NBA into a star-driven league through aggressive marketing of its biggest personalities.

Stern’s first draft as a commissioner was a big one and the teams involved knew it. With Hakeem Olajuwon, Michael Jordan and Charles Barkley set to enter the NBA in 1984, a few organizations took steps to ensure that they would be in a position to draft one of those collegiate stars. To ensure that they would finish the season with the league’s worst record, for example, the Houston Rockets played then-38-year-old Elvin Hayes 35 minutes during the season finale despite giving him only around 12 minutes per game throughout the regular season.

Stern, sensing the tanking epidemic that would one day come, acted quickly to eradicate the problem. The system he inherited awarded draft picks based on record, with the two worst teams flipping a coin for the No. 1 overall pick. In 1985, he did away with that draft structure by instituting a lottery that gave every non-playoff team an equal chance at the No. 1 pick. The mechanics of the lottery would change again several times during Stern’s tenure and beyond, but the league has kept the basic idea for three-and-a-half decades.

In the 1980s, the NBA Finals were often aired on tape delay. By the 1990s, the NBA Finals, when viewed as a whole series, put up viewership numbers comparable to the Super Bowl. Maximizing the league’s television presence was a priority for Stern, and for 12 years, NBC was the league’s first truly successful television partner. He would eventually bring the league to ESPN, ABC and Turner in 2002, and while there will always be ebbs and flows in ratings, it was Stern’s stewardship that ultimately made the league the TV juggernaut that it is today.

Prior to 1992, NBA players were not allowed to compete in the Olympics. An embarrassing 1988 loss to the Soviet Union and the NBA’s desire to push into the global marketplace changed all that. Stern helped build the Dream Team, a group of 11 NBA All-Stars (and one Christian Laettner) to don the red white and blue in Barcelona in front of the entire world.

The plan was a complete success. Not only did Team USA storm its way to a gold medal, but the Dream Team stoked worldwide interest in basketball. Six years later, Dirk Nowitzki was drafted by the Dallas Mavericks and the era of the international player was born. The league now plays both exhibition and regular-season games on foreign soil. The last MVP honors Stern saw awarded went to Giannis Antetokounmpo, from Greece, and the last champion he got to watch was the Toronto Raptors, a team he helped put in Canada. The NBA’s rise to global dominance was Stern’s vision from the start, and will continue to play out long after his passing.

The NBA endured a total of four lockouts under Stern, but none as contentious as the one that nearly killed the 1998-99 season. At that point, the soft salary cap instituted in the 1980s allowed player salaries to grow far beyond what was intended. By the 1997-98 season, 57 percent of basketball-related income went to players, whereas the CBA only called for them to receive 48 percent. The settlement eventually created the rookie salary scale, the max contract and the Mid-Level Exception.

Scoring trended downwards throughout the 1980s and 1990s, making the league largely unwatchable. Stern took a number of steps to try to promote scoring and make the game more watchable, including introducing the defensive three-seconds rule and briefly shortening the 3-point line. The big winner, though, was the elimination of hand-checking. With any hand contact now considered a foul, smaller players could finally move about the court freely.

Not coincidentally, the next two MVP awards were won by Steve Nash as his seven seconds or less Phoenix Suns dominated the league. Prior to the rule change, only two players had ever won the MVP award below 6’6”, and one of them was Charles Barkley, a power forward. In the 15 years since, Nash, Derrick Rose, Stephen Curry, Russell Westbrook and James Harden have all done so. The shift from a size-based league to a skill-based league has been at the core of just about every positive development for the NBA over the past two decades.

Stern was known as a disciplinarian who strictly adhered to the letter of the law. In many cases, he did so unpopularly. His 1997 and 2007 suspensions of players on the New York Knicks, Miami Heat and Phoenix Suns for leaving the bench prematurely during altercations on the court may have swung championships in both seasons, but what happened in 2004 was undoubtedly a turning point for the league.

Ron Artest broke the fourth wall of fandom when he charged into the stands to fight a fan that he believed had thrown a beer at him. Several other players followed in what would become the worst public relations crisis in recent NBA memory. Stern acted decisively and historically, issuing the longest suspension in NBA history to Artest by banning him for the rest of the season. This move, like his others, could have impacted the championship that season, but Stern’s strictness ultimately created the thriving environment that has allowed Adam Silver to take a more relaxed attitude towards discipline.

Stern recognized that the league had an image problem following the Malice at the Palace, so he decided to combat the problem at the source. If the players looked more professional, he reasoned, they would be viewed more professionally. And so, the league’s dress code was born. What he couldn’t have predicted, and has spoken of his enjoyment of, is what would happen next. Rather than fight the code, the players ultimately embraced it by making fashion a core element of their brands. The tunnel is now the NBA’s version of a runway, and several players have become fashion icons as a direct result of Stern’s dress code.

Most of the items on this timeline were undertaken in Stern’s role as commissioner of the NBA. This one, however, was done as the interim owner of the then-New Orleans Hornets. The league had taken control of the team while seeking a buyer to replace George Shinn, and in the intervening period, general manager Dell Demps attempted to trade Chris Paul to the Los Angeles Lakers for a package that Stern deemed underwhelming for “basketball reasons.” And so, he vetoed the deal.

In the wake of The Decision and leaguewide fear that every small-market superstar would force his way to a major city, the veto was hailed as a leaguewide rebuttal to the player empowerment trend LeBron James started. It didn’t end up as such. After all, Paul was eventually traded to Los Angeles anyway, but to the Clippers, not the Lakers. In the end, it was perhaps the greatest test of the power of his office. Stern, working for the owners, managed to act as an owner himself, and ultimately succeeded. It is unlikely the NBA ever needs to take over another team, but if it does, the Paul trade set a historic precedent for just how much control the league office would have over its operations.

One of Stern’s final battles, and, with the benefit of hindsight, his great losses, came against the concept of load-management. Before it was a league-wide trend, it was the proprietary tactic of the San Antonio Spurs. When Gregg Popovich rested four of his best players during a nationally televised game against the Miami Heat, Stern responded by issuing a $250,000 fine of the organization. His hope was that doing so might dissuade other teams from considering load-management to be a realistic option, but nothing has been able to slow the trend down in recent years. Even Stern’s record wasn’t flawless.

Stern officially handed the reins over to Adam Silver on Jan. 31, 2014. His tenure lasted exactly 30 years, making him the longest-reigning commissioner in the history of American sports. Even after his retirement, he retained the title of commissioner emeritus, and while his passing concludes his official relationship with the NBA, he will forever be remembered as one of the most important figures in league history.