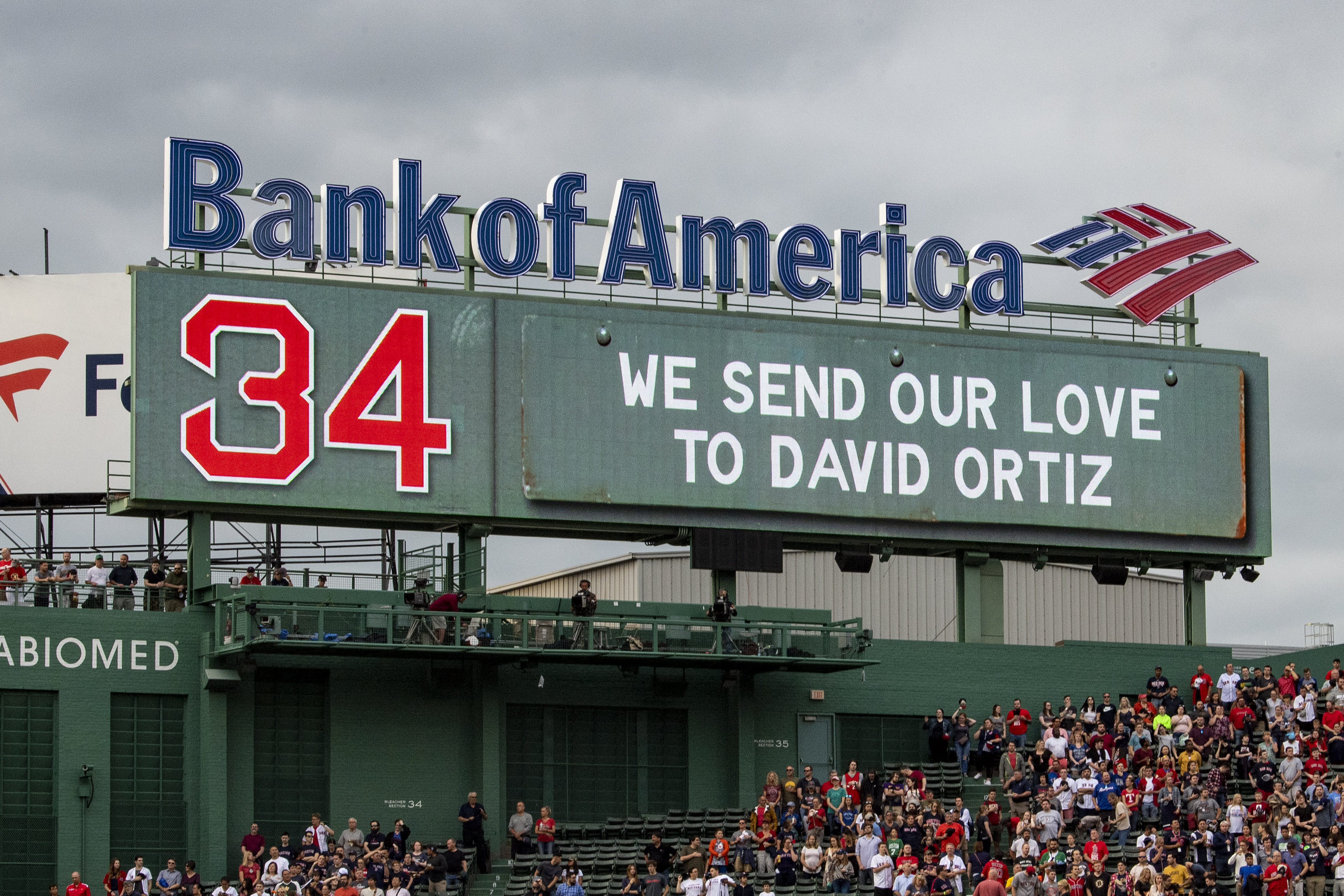 With the Boston Red Sox battling for their playoff hopes, there was only one man they could call upon to inspire the team to victory: David Ortiz. In his first public appearance since getting shot, Ortiz threw out the first pitch at Fenway Park prior to Monday’s game against the New York Yankees.

Ortiz, 43, received raucous cheers from the Fenway faithful as he took the field.

He waved to the fans multiple times before delivering the pitch to Jason Varitek.

The pitch marks Ortiz’s first appearance since getting shot in the Dominican Republic in June. Ortiz was shot in the lower abdomen in what investigators have called a case of mistaken identity. Ortiz was reportedly not the intended target of the shooter.

After being transferred back to the United States, Ortiz underwent multiple surgeries at Massachusetts General Hospital. Ortiz remained at the hospital for weeks before he was released July 27.

While inspiring, Ortiz’s return to Fenway comes at an awkward time for the Red Sox. The team fired president Dave Dombrowski early Monday. The Red Sox then made the unusual move of not holding a press conference to discuss the firing.

Following the first-pitch festivities, Ortiz joined his wife in the stands next to the Red Sox’s dugout.