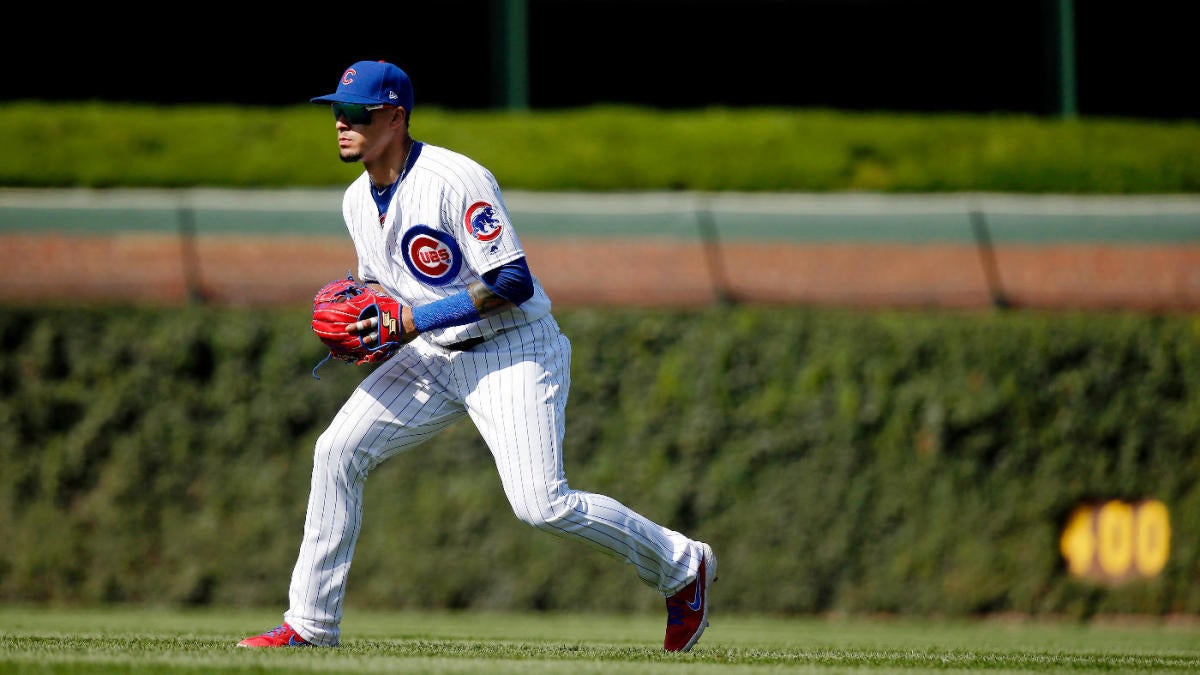 The Chicago Cubs are fighting for both the NL Central title and a wild-card spot, and they may have to continue that fight without their best all-around player. According to multiple reporters, including MLB.com’s Jordan Bastian, shortstop Javier Baez has a hairline fracture in his left thumb. He will see a specialist Monday to determine a timetable for his return.

Baez has not played since injuring his thumb sliding into second base on a stolen base attempt last Sunday. He was penciled into Thursday’s starting lineup, but was scratched after being unable to make it through batting practice. Here’s the injury:

With Baez sidelined, the Cubs have been playing Addison Russell at shortstop and Ben Zobrist at second base. Russell has spent much of the season in Triple-A and Zobrist had been away from the team to tend to a personal matter.

Baez, 26, has hit .281/.316/.532 with 38 doubles and 29 home runs this season in addition to his stellar defense and baserunning. He is one of the best and most talented players in the game and losing him for any length of time is a big blow to a Cubs team trying to win the NL Central, or at least fall back on a wild-card spot.

Aledmys Diaz, then with the Cardinals, suffered a hairline fracture in his right thumb in 2016. He missed approximately six weeks. Every injury is different though. Different players, different bones, different fractures, etc. The Cubs will keep their fingers crossed and hope Monday’s visit to the specialist brings good news.