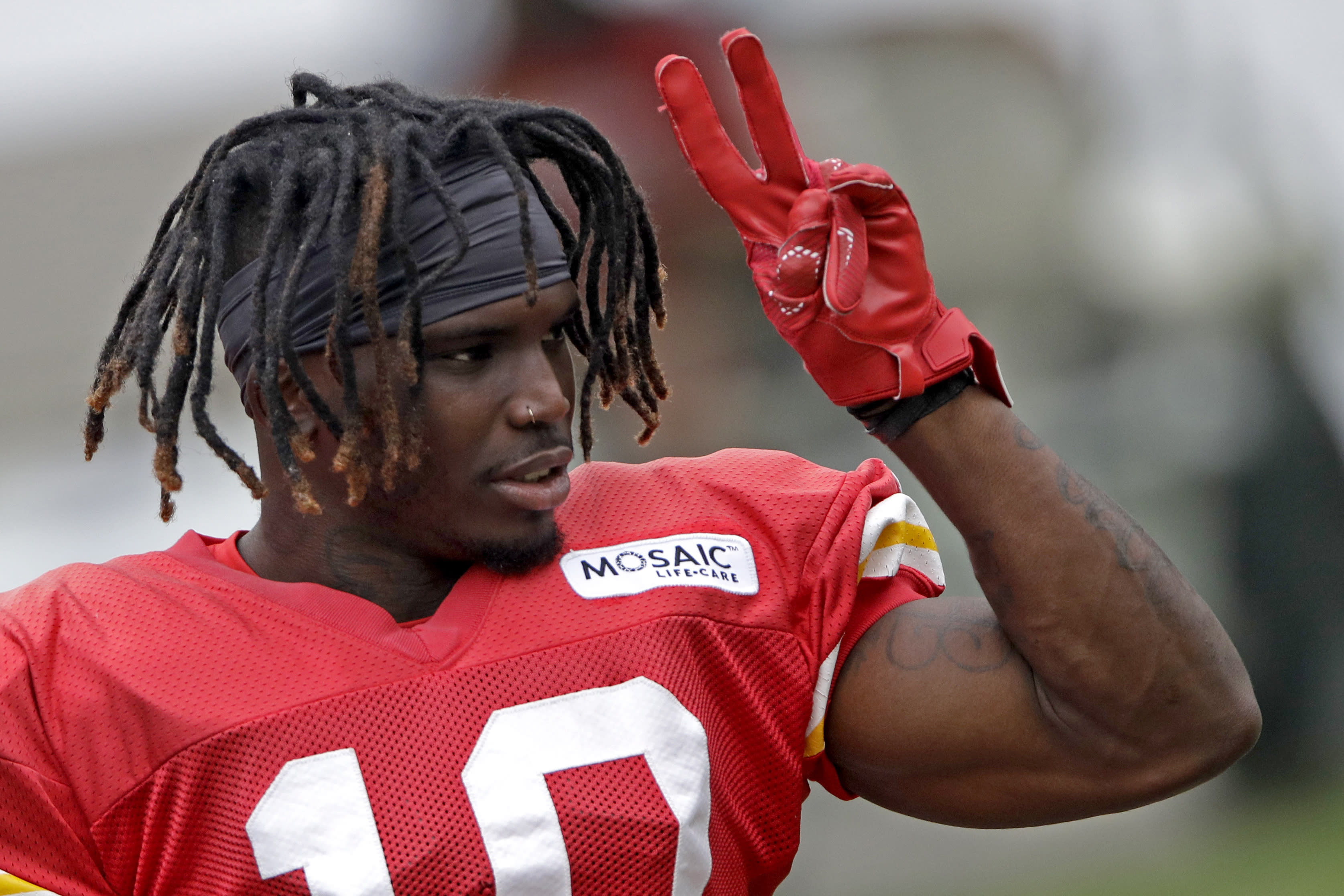 The Kansas City Chiefs have signed Tyreek Hill to a three-year extension worth $54 million, a source told Yahoo Sports.

Hill’s extension has a unique structure, the source said, and includes $35.2 million guaranteed and a $5.8 million signing bonus.

The Chiefs have been interested in extending Hill, 25, since a child-abuse investigation on the wideout and his then fiancee closed and resolved itself with the NFL deciding not to punish Hill.

Hill, a three-time All-Pro, is coming off a third season in which he notched career highs in catches (87), yards (1,479) and touchdowns (12). He was entering the fourth and final year of his rookie deal, which he has outperformed after the Chiefs selected him amid controversy as a fifth-round pick in 2016.