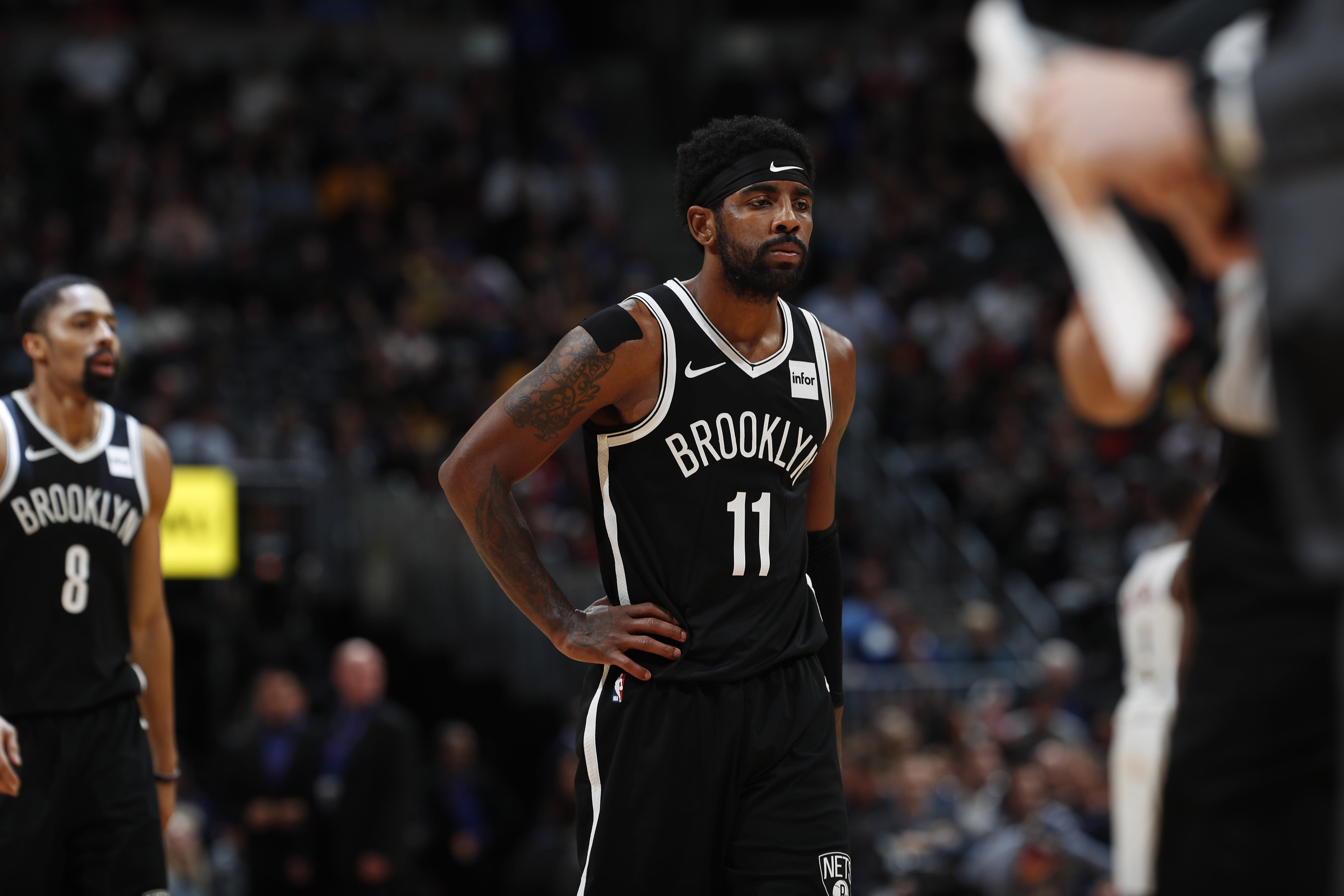 Boston Celtics fans think Kyrie Irving is avoiding them. Irving — who signed with the Brooklyn Nets in the offseason — will miss his first chance to return to Boston on Wednesday due to a shoulder injury.

While the 27-year-old Irving has missed the past six games due to the issue, some Celtics fans aren’t buying that Irving is hurt. They believe Irving faked the injury so he wouldn’t have to return to the TD Garden to face Celtics fans. Irving left the team on a sour note.

Celtics fans let Irving know that was the case Wednesday. Hours before the start of the contest, fliers were posted near TD Garden calling Irving a “coward” for missing the game.

Celtics fans frustrated they aren’t able to boo Irving on Wednesday will have to wait some time before they get a second opportunity. The Nets don’t return to Boston until early March.

That should give Celtics fans plenty of time to plot out some creative chants for Irving.