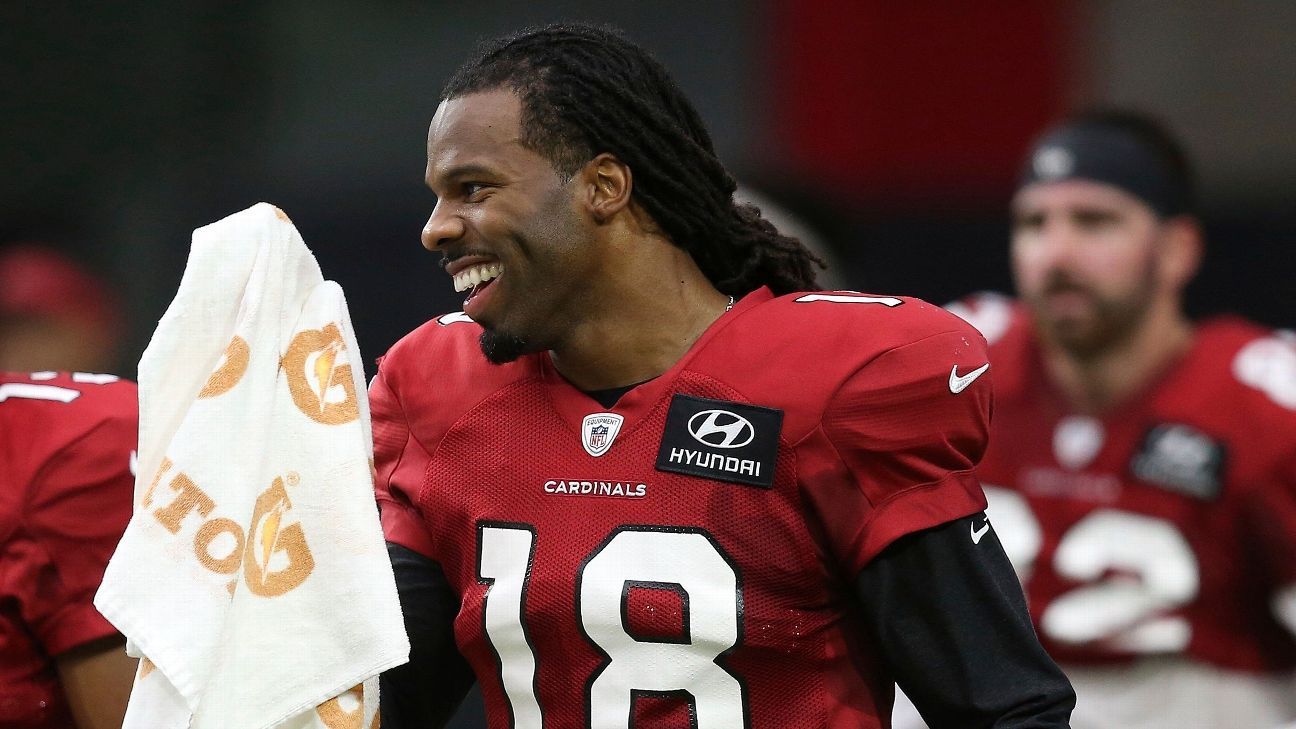 Crabtree had worked out for the team two weeks ago but the sides didn’t reach an agreement.

Crabtree, 31, made 54 catches (his fewest in a full season since his 2009 rookie year) for 607 yards receiving and three touchdowns last season for the Baltimore Ravens. He also led the NFL with eight dropped passes last season.

The 10th overall pick of the 2009 draft, Crabtree played his first nine seasons in the NFL with the San Francisco 49ers and Oakland Raiders. His 28 touchdown catches are the seventh most in the NFL since 2015.

White had recovered from a hamstring injury that forced him to miss about a week of training camp before he was cut. He was signed to a one-year contract in March with hopes that he’d stay healthy enough to showcase his ability, something he was unable to do in four seasons with the Chicago Bears, who drafted him No. 7 overall out of West Virginia in 2015.

He described the past four seasons as “very frustrating” but looked at the Cardinals’ opportunity as a “fresh start” to “show what I got.”

Cardinals coach Kliff Kingsbury, who coached against White in college and is close with the receiver’s college coach, Dana Holgorsen, was optimistic White could overcome his injury history and was pleased with his work ethic during training camp. But the constant with White was the uncertainty that he’d stay healthy.

“He had some unfortunate injuries there in Chicago and trying to kind of reestablish himself, really kind of like his rookie year,” Kingsbury said earlier this year.

White was unable to do that.

His 14 career games, 25 career catches and 285 career receiving yards were the fewest among those categories over that stretch. His zero receiving touchdowns tied with the late Cedric Benson and Cadillac Williams.

ESPN’s Jamison Hensley and The Associated Press contributed to this report.