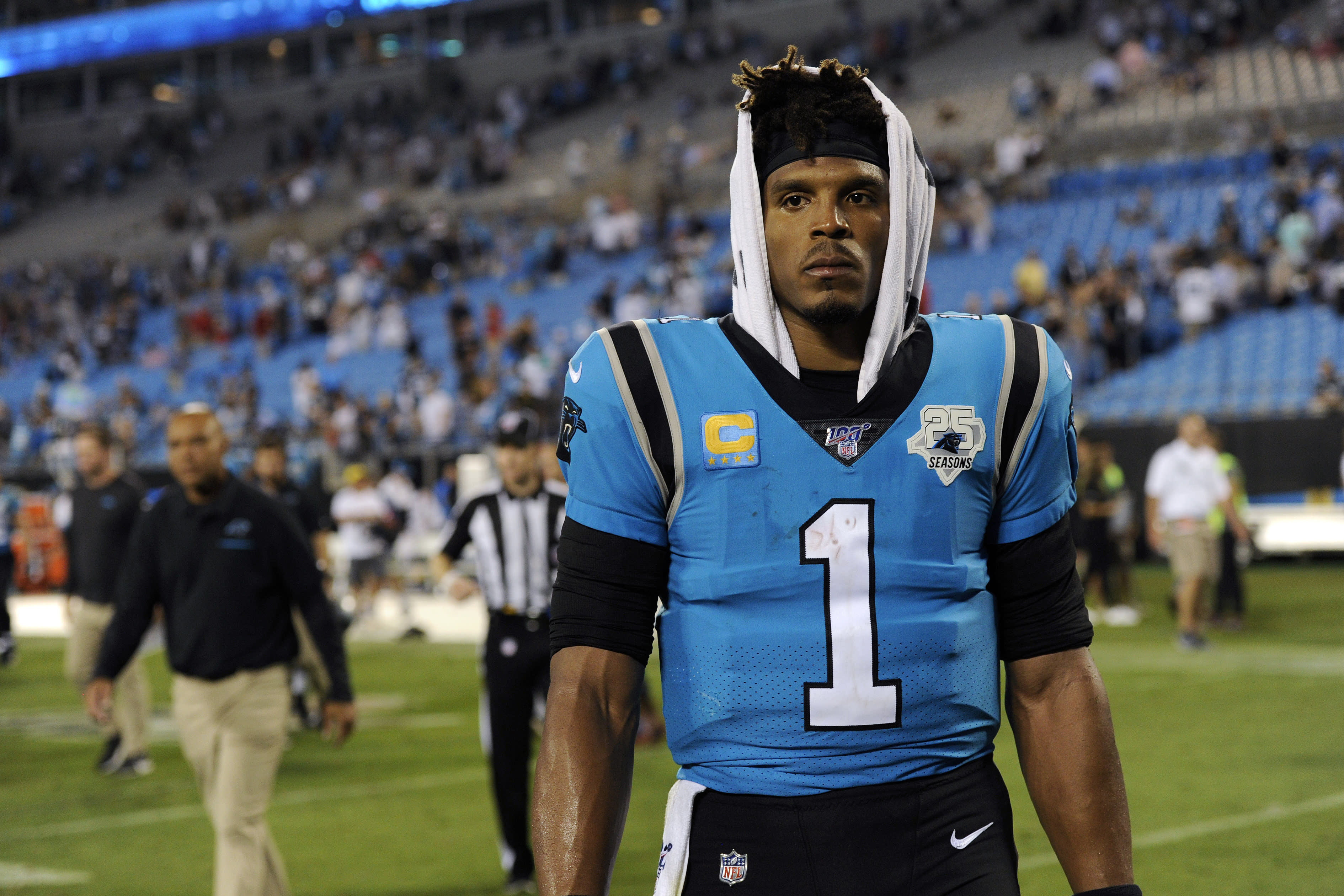 Newton was not at Panthers’ practice Tuesday, prompting questions about his health. Newton, 30, had shoulder surgery in the offseason and injured his foot in Week 3 of the preseason.

Panthers GM Marty Hurney just confirmed that Cam Newton re-aggravated his left foot sprain during the team’s loss to Tampa Thursday. Said he told the team immediately after the game. Status unclear for Sunday vs. Cardinals.

Newton has seen a major decline in his play through the first two weeks of the 2019 season. He’s completed just 56.2 percent of his passes and has yet to score a single touchdown. During Thursday’s 20-14 loss against the Bucs, Newton struggled with his accuracy, routinely missing his mark on what should have been easy completions.

Rivera will address the media in the afternoon, and will presumably discuss Newton’s injury. If Newton is unable to go in Week 3, the Panthers would turn to Kyle Allen or Will Grier. Allen started one game for the team last season. Grier was selected in the third round of the 2019 NFL draft.