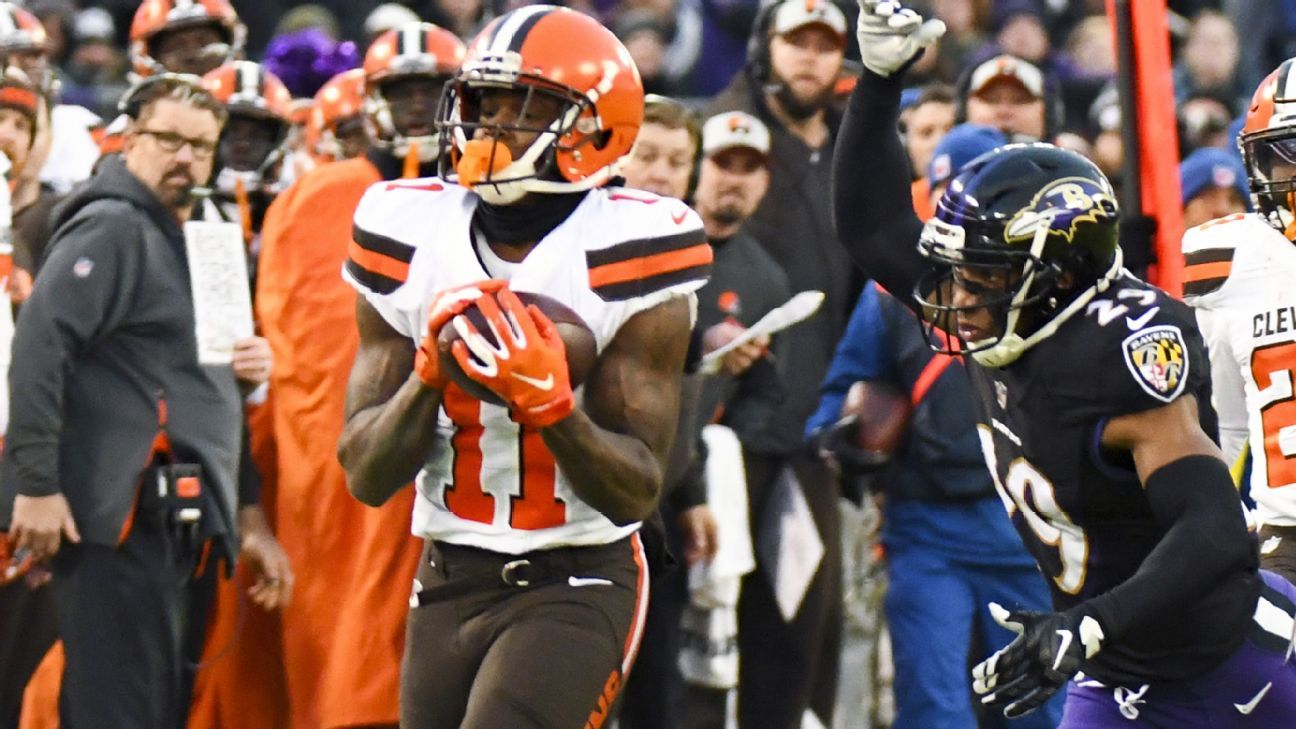 “I take full responsibility for my actions,” Callaway said in a statement issued by the Browns. “I made a mistake and I own that. I have taken steps to make myself better, and I appreciate the Browns standing by me and supporting me during this time. I know there’s nothing I can say to regain trust; it will all be about my actions.”

Callaway entered the NFL with a checkered past. He tested positive for marijuana at the 2018 NFL combine and was later cited for possession of marijuana while driving with a suspended license last August. Police also found bullets and a gun part while searching his vehicle.

Callaway had the possession charge dropped at a hearing on Jan. 25 and pleaded guilty to operating without a valid license and speeding. He paid $911 in fines and court costs and received one year probation.

It is unclear if Callaway’s suspension is related to that August citation.

While at the University of Florida, Callaway was suspended the entire 2017 season for allegedly using stolen credit card information to fund bookstore accounts. He was also cited for misdemeanor marijuana possession and possession of drug equipment during a traffic stop by Gainesville police in May 2017.

Still, the Browns selected Callaway with a fourth-round pick in 2018.

“We’re disappointed in Antonio,” general manager John Dorsey said in a statement. “Freddie [Kitchens] and I have had a direct conversation with him about where we stand. He understands our expectations of him. We will continue to support him as long as he remains committed to taking advantage of the resources made available to him by our club and the league to help him become the best version of himself as a person first and foremost.”

Going into the season, Callaway was expected to be one of the Browns’ top four wide receivers, alongside Odell Beckham Jr. and Jarvis Landry. As a rookie last year, he caught 43 passes for 586 yards and five touchdowns.