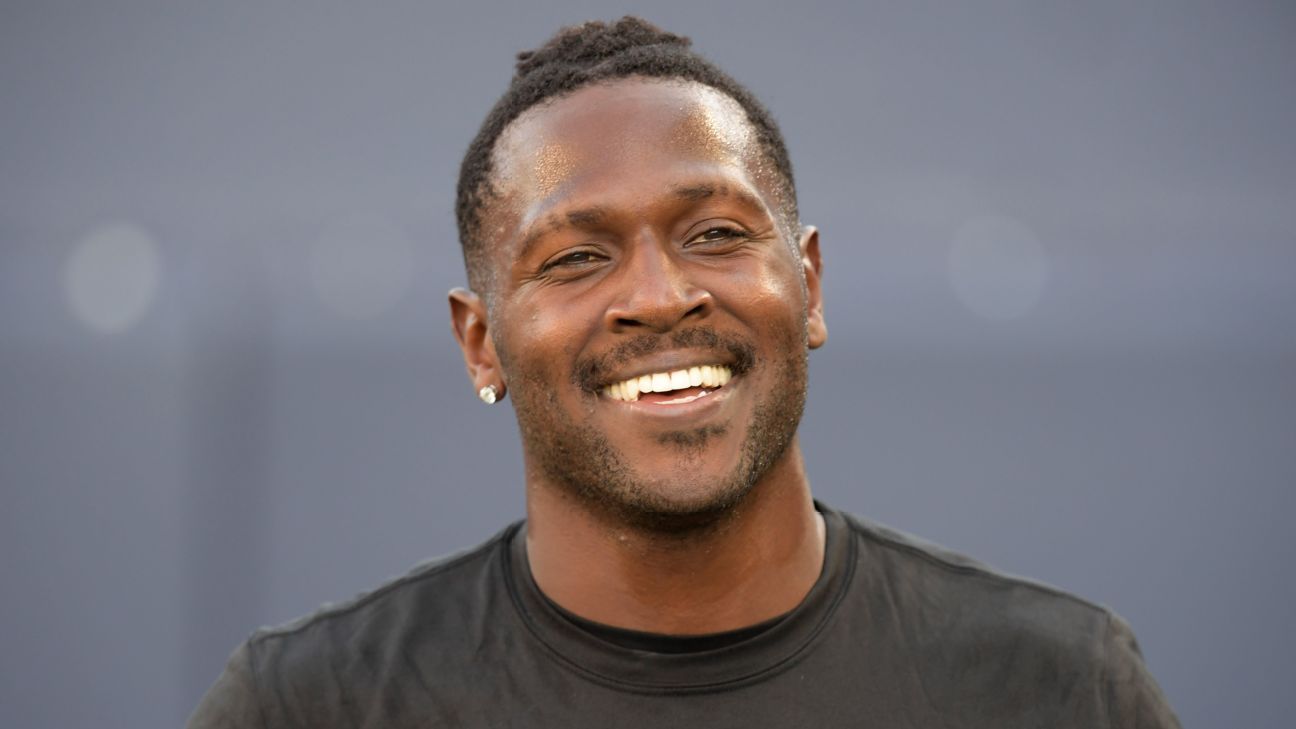 Antonio Brown has agreed to a deal with the New England Patriots, his agent, Drew Rosenhaus, told ESPN’s Adam Schefter on Saturday.

New England is giving Brown a one-year deal worth up to $15 million, Rosenhaus said. It includes a $9 million signing bonus, $10 million guaranteed and $5 million in incentives, the source said.

The agreement comes hours after the receiver was released by the Raiders, ending a tumultuous stint with Oakland after it acquired him via trade during the offseason.

Brown took to social media after he agreed to the deal.

Brown was eligible to sign with any team at 4:01 p.m. ET Saturday. Because of that, he is not eligible to play until Week 2 at the earliest, meaning Brown will miss New England’s opener Sunday night against his former team, the Steelers. The Patriots and Raiders do not play this regular season.

The agreement comes after Brown asked to be released by the Raiders in an Instagram post earlier Saturday. Oakland had fined him $215,073.53 for conduct detrimental to the team, sources told Schefter, a move that voided the $29.125 million worth of guaranteed money in his deal.

In addition, the Raiders sent Brown a letter stating that he no longer will be entitled to termination pay, sources told Schefter. As a result, Brown would have been playing on a week-to-week basis with both his guaranteed money voided and lack of termination pay.

“Antonio is looking forward to a new beginning,” Rosenhaus said.

The acquisition of Brown moved the Patriots past the Kansas City Chiefs and into the role of Super Bowl favorites at multiple Las Vegas sportsbooks. The Patriots went from 6-1 to 4-1 to win the Super Bowl at the SuperBook at Westgate Las Vegas. The Chiefs are 6-1.