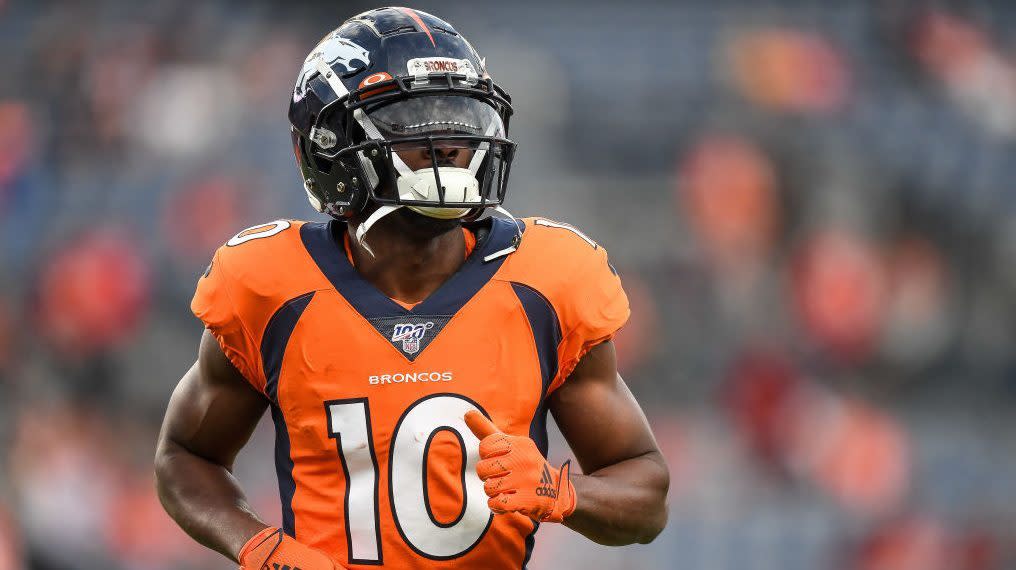 Sunday brought a report that the Broncos were expected to trade wide receiver Emmanuel Sanders before the October 29 trade deadline.

The wait to find out if that report was accurate did not go down to the wire. Mike Klis of KUSA was the first to report Tuesday that Sanders has been traded to the 49ers.

Denver will also send a fifth-round pick to the Niners and they will receive third- and fourth-round picks in return.

The trade comes a day after 49ers head coach Kyle Shanahan said he felt less urgency this year to add a wideout than he has in the past two seasons, which now looks like a clever dodge of admitting the team’s true intentions unless General Manager John Lynch made the move without Shanahan’s knowledge.

Either way, the 49ers have added an experienced and talented receiver to the lineup as they try to remain the NFC’s only unbeaten team for as long as they possibly can. Assuming no issues with a physical, Sanders will join the team this week and could play against the Panthers in Week Eight.