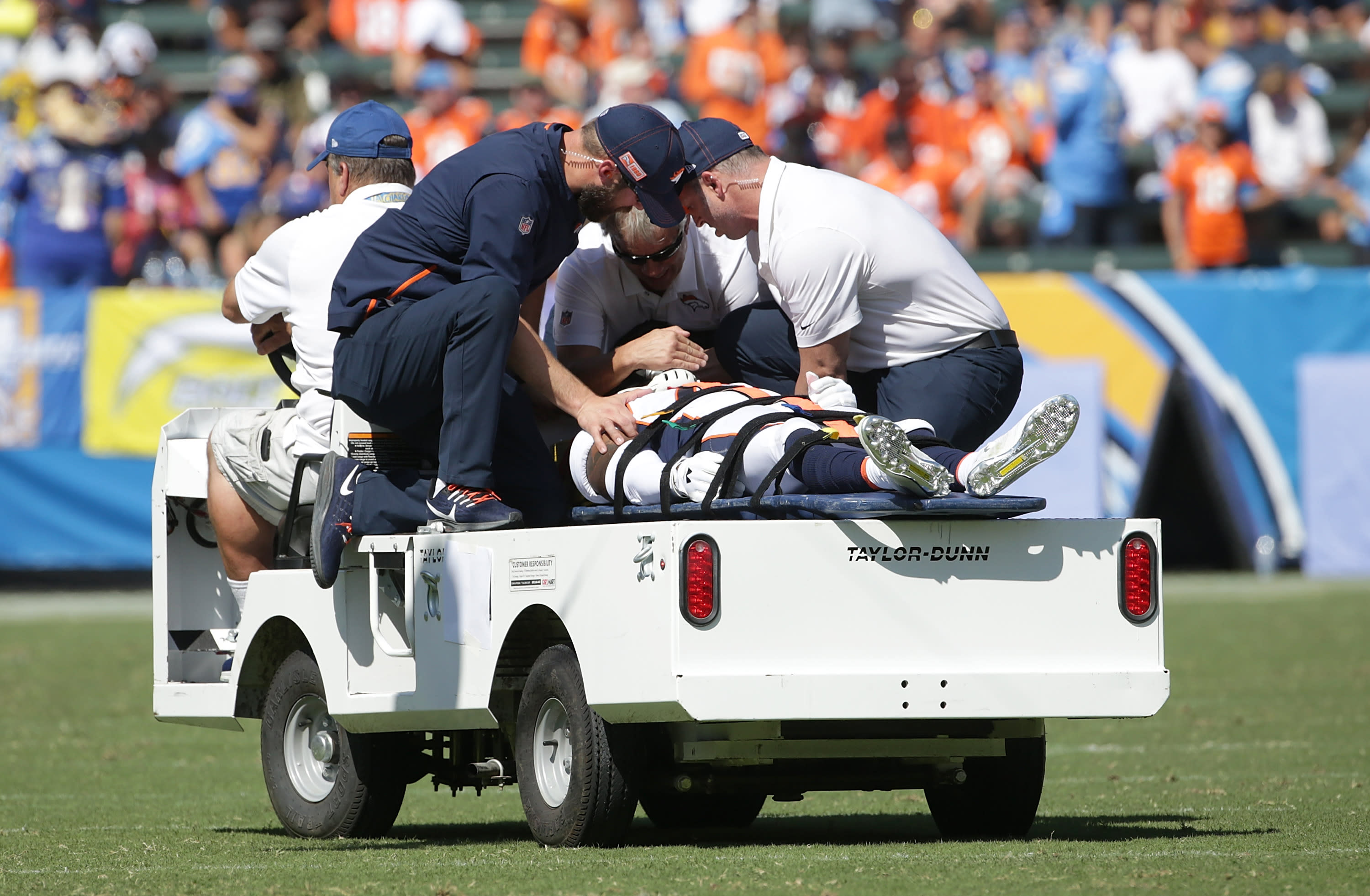 DeVante Bausby of the Denver Broncos was carted off the field in the first half on Sunday against the Chargers. (Getty Images)

Early in the second quarter of last Sunday’s Denver Broncos-Los Angeles Chargers game, Broncos cornerback De’Vante Bausby had to be taken off the field on a spine board and loaded onto the medical cart.

Bausby was injured on a Chargers’ run play, as Austin Ekeler ran to the right side of the line; when teammate Alexander Johnson made the tackle on Ekeler, he and Bausby accidentally collided helmet-to-helmet.

Bausby landed flat on his back on the turf, immobile.

Speaking to reporters in front of his locker on Tuesday, the 26-year-old Bausby described a frightening time:

“I was awake the whole time; I was never unconscious. I just couldn’t move. I was still talking and everything. The neurologist said I’d be fine and I kind trusted him. After 30 minutes I was able to wiggle my toes and after a couple of hours I gained full mobility. So I was straight; I was fine.

“They said I was paralyzed for the first 30 minutes. Then after 30 minutes I could wiggle my toes.”

Bausby said he did not need any surgical intervention to get feeling back.

He added that he wasn’t really scared while he was unable to move, reinforcing that he was able to talk the entire time.

Incredibly, Bausby told media he wanted to play again this season, though the plan was to take things slowly for him to regain strength.

The Broncos put Bausby on injured reserve Tuesday afternoon, ending his season. Reporters said he was moving quite slowly when they saw him in the locker room.

Undrafted out of Pittsburgh State (Kansas) in 2015, Bausby was initially signed by the Kansas City Chiefs. He’s also spent time with the Chicago Bears, Philadelphia Eagles and San Antonio Commanders of the AAF before signing with Denver in April. Bausby had started in Weeks 4 and 5 this year.