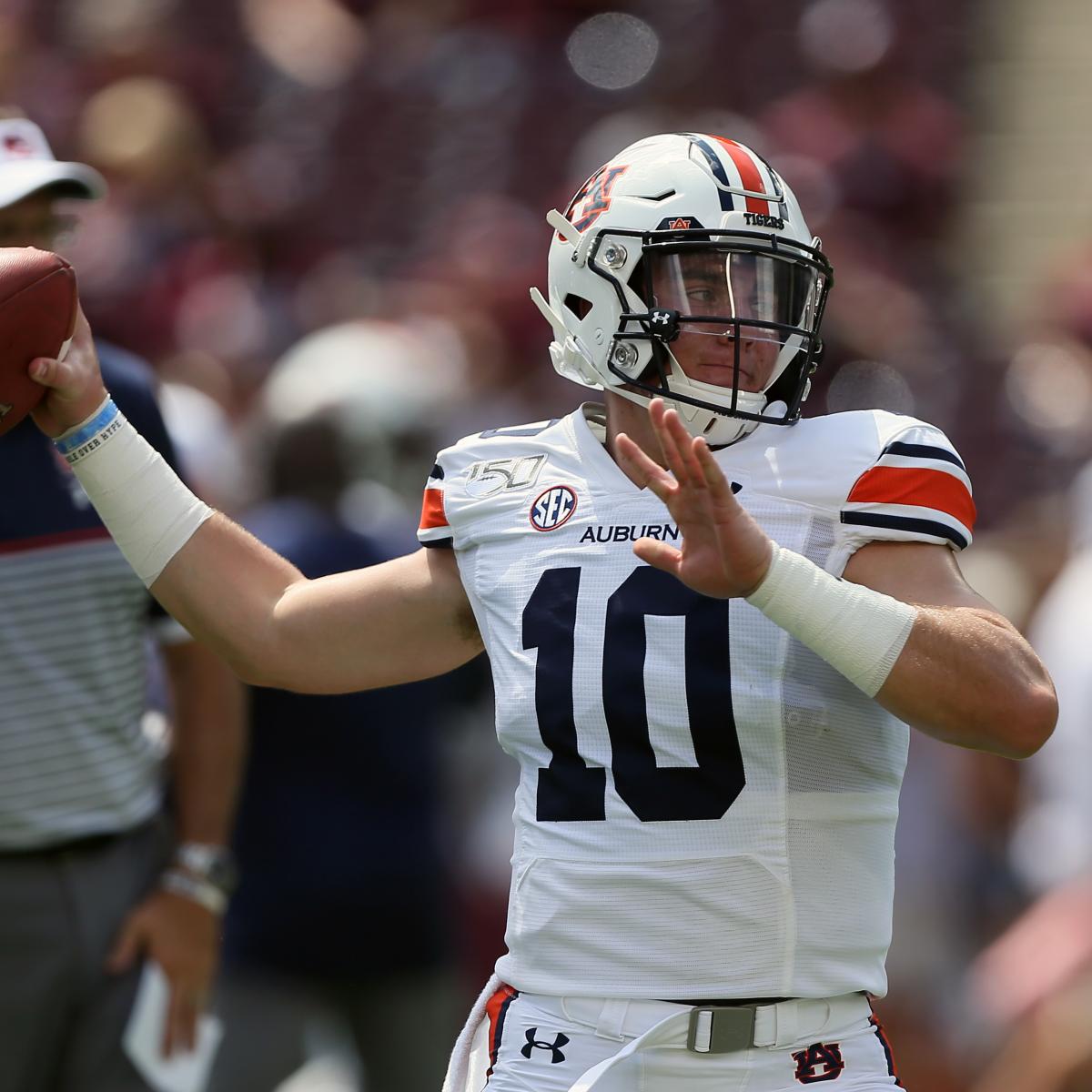 The No. 8 Auburn Tigers made another early-season statement with Saturday’s 28-20 win over the 17th-ranked Texas A&M Aggies at Kyle Field.

Auburn started the year with a high-profile win over the Oregon Ducks. Saturday’s SEC opener was also the Tigers’ first true road game of 2019. Head coach Gus Malzahn’s squad showed no fear and continued to make a strong case as one of the nation’s best teams.

The Tigers looked to be on cruise control most of the way, taking a 28-10 lead midway through the fourth quarter.

Auburn’s rushing attack carried the offense with 193 yards and two scores on 42 carries. Bo Nix struggled passing the ball with 100 yards on 12 completions.

Texas A&M made it interesting late with three straight scoring drives in the fourth, but it ultimately wasn’t enough to overcome the early hole it found itself in.

The Aggies’ late surge was sparked by Kellen Mond finally getting into a rhythm against Auburn’s defense. His stat line is deceiving because the bulk of his 349 yards came late in the game.

There are two ingredients to Auburn’s formula for success: Defense and running the ball.

Wide receiver Anthony Schwartz took care of the latter in the first quarter with a 57-yard touchdown run on the fourth play of the game:

SCHWARTZ SPEED!! He takes it 57 yards to the house for an @AuburnFootball touchdown. https://t.co/F9rU5nxgL2

Playing with a 14-point lead in the first quarter set up the Tigers defense to do what they’ve done so well this season. They held Texas A&M to 56 rushing yards and held firm against the pass for the first 50 minutes because of their ability to tackle:

Nickel-and-diming this Auburn defense just ain’t working so far this season. The tackling in space has been too strong.

The defense was also instrumental in putting Auburn’s offense in excellent positions to get points. Two of its first three touchdowns came on drives of 46 yards and 38 yards.

What LSU and Alabama are to offense, that’s what Auburn is to defense. Tigers playing lights out right now.

Auburn’s offense is in a growing phase with true freshman Bo Nix at quarterback. Outside of the final drive against Oregon, Nix is still trying to find himself. He entered Saturday completing 52.4 percent of his passes and averaged fewer than six yards per attempt against Oregon and Tulane.

Having a defense capable of lifting everything else will allow Nix to grow as the season moves on and keep Auburn in the conversation as a playoff contender.

Texas A&M is in the process of trying to figure out what has happened to Kellen Mond. The junior quarterback seemed poised for a breakout 2019 after throwing for 3,107 yards and 24 touchdowns last season.

A difficult early-season schedule against two top-10 opponents with elite defenses hasn’t done Mond any favors, but outside observers don’t like what they have seen from the Texas native or how head coach Jimbo Fisher is using him:

Feels like every step that Kellen Mond took forward last year, he’s taken back this year.

Surprised Kellen Mond isn’t using his legs more. There have been opportunities.

Given Mond’s inconsistent performance, Texas A&M needs the running game to step up in key spots. It didn’t happen Saturday, leading to another disappointing result in a marquee game.

If there is a reason to be hopeful, Mond came alive in the fourth quarter when Texas A&M scored 17 points thanks to 193 passing yards and cut the deficit to 28-20.

Fisher is still building the Aggies’ roster with talent that best fits his scheme. He had a terrific recruiting class in 2019 that was ranked No. 4 in the nation by 247Sports. The incoming freshman class, combined with a strong nine-win campaign last season, may have raised expectations too high for the Aggies.

Auburn will be back at Jordan-Hare Stadium next Saturday to host Mississippi State, while Texas A&M will host Arkansas.