Biles to USA Gymnastics: ‘You couldn’t protect us’ 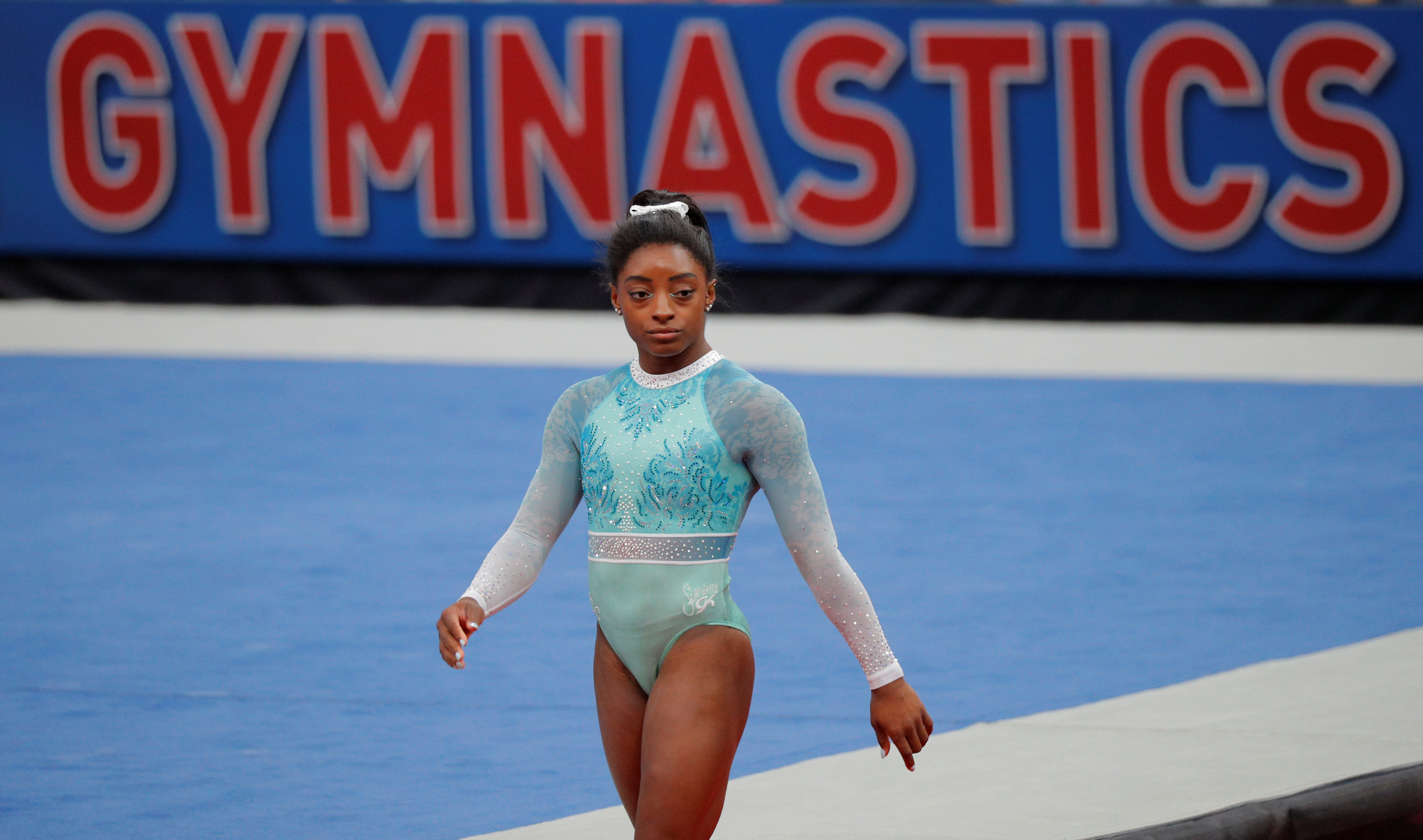 Simone Biles, wiping away a tear, acknowledged to reporters Wednesday at the U.S. Championships how hard it is to compete for an organization that “had failed us so many times.”

Biles, who is going for a historic sixth all-around title this weekend in Kansas City, Missouri, again took USA Gymnastics (USAG) to task for failing to protect her and other athletes who were abused by team doctor Larry Nassar over the course of decades.

Biles: ‘You had one job, you couldn’t protect us’

The 22-year-old Biles announced in January 2018 on the eve of Nassar’s sentencing for sexual assault, that she too was abused by the Olympic and national team doctor. Hundreds of others have said they were also abused.

Biles has continued to speak out about the scandal and the organization’s failures as she’s racked up 19 consecutive all-around victories. She was asked about it during media availability ahead of the championships.

“We had one goal and we’ve done everything that they’ve asked for, even when we didn’t want to, and they couldn’t do one damn job,” she said, via Will Graves at the Associated Press. “You had one job. You literally had one job and you couldn’t protect us.”

The report by the Washington Post was shared by Biles late Sunday.

“The more I learn, the more I hurt,” she wrote. “USAG failed us. USOC failed us. Many failed us. And they continue to fail us.”

The more I learn, the more I hurt. USAG failed us. USOC failed us. Many failed us. And they continue to fail us. Real and actual change isn’t easy but it’s clear there’s a lot more work that needs to be done.https://t.co/owRBFtacfn

Biles, a four-time gold medalist at the 2016 Rio Olympics, told reporters Wednesday seeing news bout the scandal is difficult and can “hit you like a train wreck,” per NBC Sports. She continues to try and heal, but the lasting trauma makes certain aspects difficult.

Via video by NBC News:

“And it’s just really sad, every time I go to the doctor or training I get worked on, it’s like I don’t want to get worked on. But my body hurts. I’m 22 and at the end of the day that’s my fifth rotation. And I have to go through therapy but it’s just hard and we try to work through it. It will take some time.

Nassar, who also assaulted gymnasts in his role at Michigan State University, is serving a life sentence and earlier this week his former boss at MSU, William Strampel, was sentenced to one year in jail in part for failing to properly oversee Nassar.

USAG president and CEO Li Li Leung, who was appointed in February, released a statement to NBC News acknowledging the organization has more work to do.

“Simone Biles is undoubtedly the best gymnast in the world and possibly of all time. She is an outstanding representative for gymnastics and the United States. We will continue to work hard to demonstrate to Simone and all of our athletes, members, community and fans that we are working to foster a safe, positive and encouraging environment where athlete voices are heard.”

Leung is the fourth president in 23 months for the organization as it tries to steer out of the abuse scandal. After being criticized for comments during a TV interview in April, Leung said she had yet to meet with Biles.

In general, Biles said it’s hard to trust anyone new. Via the Associated Press:

“How can we trust them?” Biles said. “They bring in new people all the time and I automatically put my foot up because the people that I had known for years had failed us.”

The star will begin competition Friday with the championships on Sunday.

In her first public comments since taking over in March, Leung told the media Thursday she wants he athletes to have the freedom to speak out.

“Historically, our organization has silenced our gymnasts and I am 100% supportive of giving our athletes a voice. Our athletes should be able to say what they feel and be comfortable doing so. I understand that we have let down many athletes, we have let down Simone, and she needs time to heal from that. If voicing her concerns and her feelings is one way to do that, I am completely supportive of that.”

According to NBC Sports, Leung and Biles hugged briefly at the U.S. Championships and set up a time to talk in-depth after the event. She said she’s spoken with more than 400 members of the community to create “open dialogue” and USAG is adding staff for the road ahead.