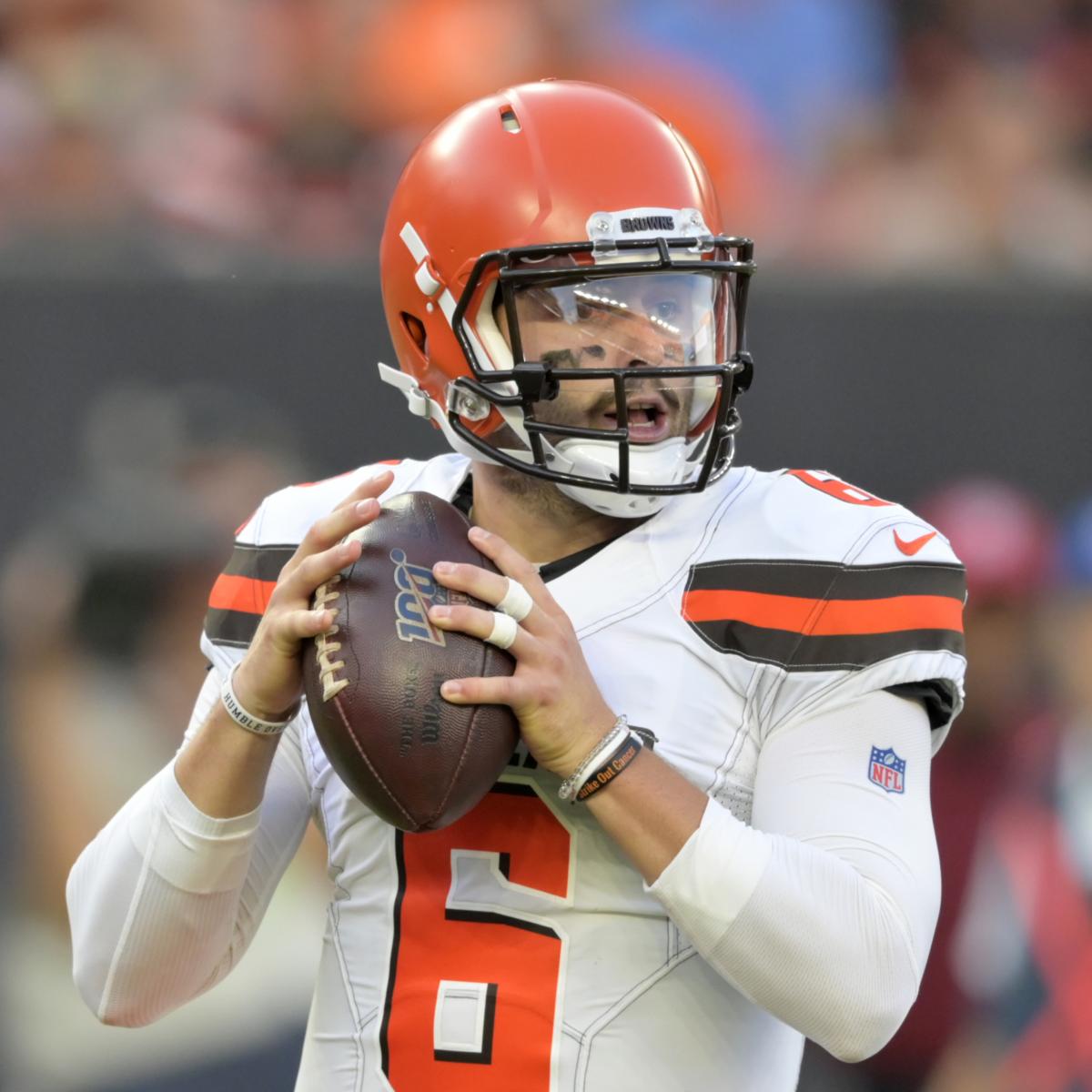 The Cleveland Browns defeated Washington 30-10 in each team’s respective preseason opener on Thursday.

Cleveland quarterback Baker Mayfield played only one series, but he gave fans the hometown fans reason to be excited for the upcoming season. The second-year passer led his team 89 yards in two minutes and 13 seconds, going 5-of-6 for 77 yards.

After throwing incomplete on the first play, Baker Mayfield went 5-for-5 for 77 yards and a TD.

His night was capped off by a perfect 24-yard touchdown pass to Rashard Higgins.

Even without Odell Beckham Jr. and Jarvis Landry in the lineup, Mayfield had no problem methodically leading the offense down the field in timely fashion.

Keenum and the Washington offense got off to a rough start, as their first drive fizzled because of penalties.

But their second drive was aided by a penalty, a 43-yard defensive pass interference call against Cleveland safety Eric Murray. That combined with a blown assignment by the Browns secondary led to a Washington touchdown.

Keenum wound up playing the entire first quarter, leading the offense for three series. He finished the game 4-of-9 with 60 yards and one touchdown.

With Keenum out of the game, it was time for Haskins to get his first test against an NFL defense.

The former Ohio State star wasted little time in airing it out, connecting for a pair of 25-plus-yard completions to wideout Darvin Kidsy within his first three plays.

However, the drive came to a sudden end as Kidsy fumbled after a 32-yard gain. Turnovers would be the theme of the day for the Haskins-led offense.

His second drive ended on an ill-advised throw that turned into a pick-six for Browns linebacker Mack Wilson:

That throw is what this game is about. No reason to make big declarations or overreact. That’s what tonight is. That said, that’s not a pass Keenum or McCoy would make. All part of the development. #Redskins

And it didn’t get much better for the rookie quarterback as the first half went on. He threw another interception moments before halftime, as a possible miscommunication with his intended receiver resulted in an overthrow.

Haskins INT by Greedy Williams. These are the games rookie QBs need vs other defenses.

Haskins began to settle down in the second half, leading Washington on a 14-play drive that ended in a field goal to open the third quarter.

It wasn’t the prettiest of debuts for Haskins, but Jay Gruden and Co. have to be encouraged by the way the first-year passer overcame early mistakes to achieve some success later on. He finished the game 8-of-14 for 117 yards, zero touchdowns and two interceptions.

Of note, second-year Cleveland running back Dontrell Hilliard had an opportunity to show he is capable of being the No. 2 back while Kareem Hunt serves an eight-game suspension for violating the league’s personal conduct policy. Earlier in the day, the Browns traded veteran Duke Johnson Jr. to the Houston Texans.

Unfortunately for Hilliard, his night was marred by a goal-line fumble that prevented Cleveland from regaining the lead late in the first. He finished the night with nine carries for 19 yards.

Washington (0-1) will return to the nation’s capital to host the Cincinnati Bengals on Thursday, Aug. 15. Cleveland (1-0) will hit the road for an exhibition against the Indianapolis Colts on Saturday, Aug. 17.