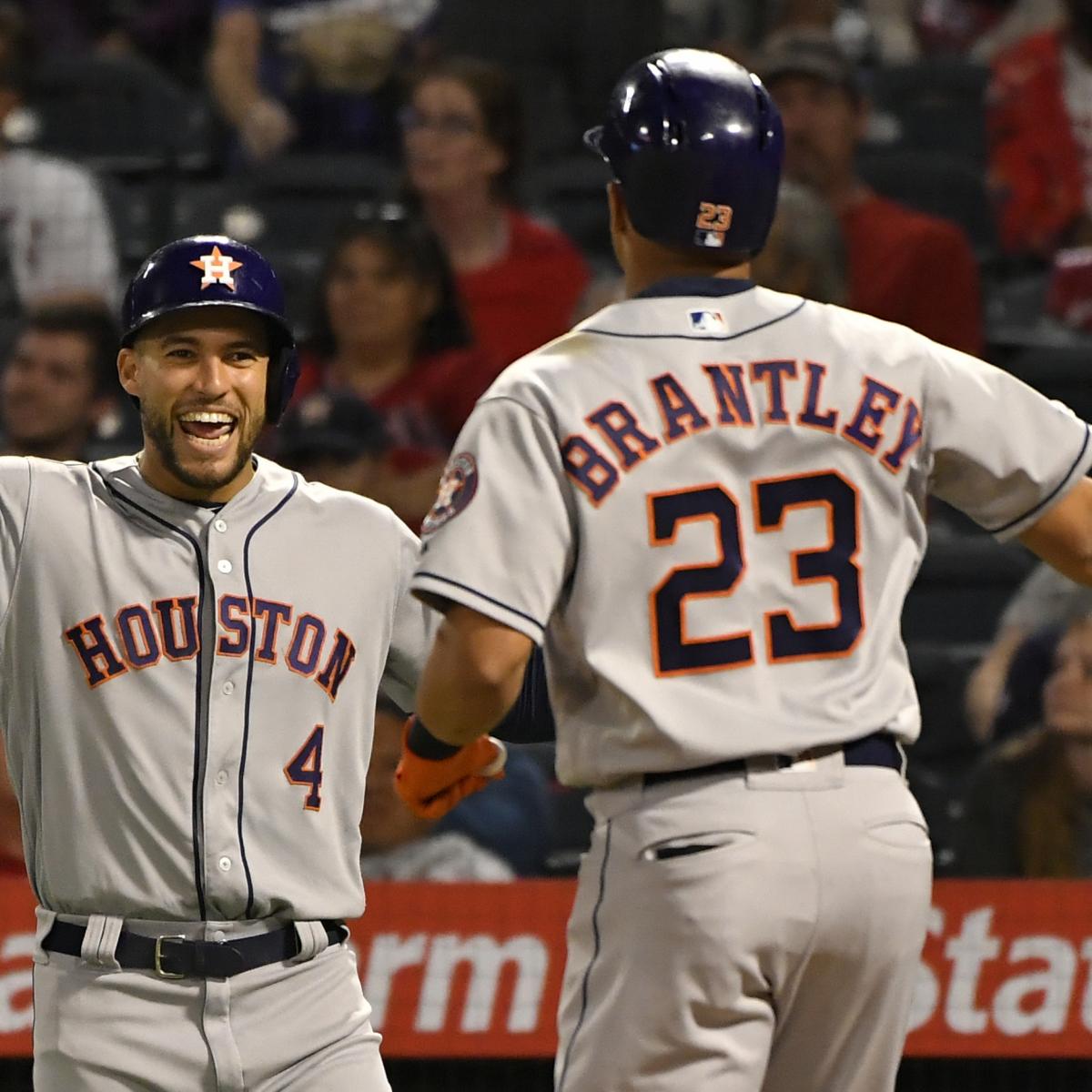 The Houston Astros have locked up home-field advantage throughout the American League postseason after defeating the Los Angeles Angels 4-0 on Friday at Angel Stadium.

The 105-55 ‘Stros are two games ahead of the 103-57 New York Yankees for first in the AL with two contests left, but Houston holds the tiebreaker over the Bronx Bombers by virtue of winning their regular-season series 4-3.

The Astros will face either the Oakland Athletics or Tampa Bay Rays—who will play in the AL Wild Card Game on Wednesday—in the American League Division Series. That round will begin Friday at Houston’s Minute Maid Park.

The Yankees and Minnesota Twins will play in the other ALDS, with New York slated to host Minnesota for Game 1 on Friday.

Houston is in the driver’s seat to clinch home-field advantage through the World Series as well. The only team that can catch the Astros are the National League West-leading Los Angeles Dodgers, who have one more loss than Houston.

The Astros can take care of their own business regardless of the Dodgers’ results with two wins of their own. Houston will face the Angels on Saturday at 9:07 p.m. ET before finishing the regular season against them on Sunday at 3:07 p.m.