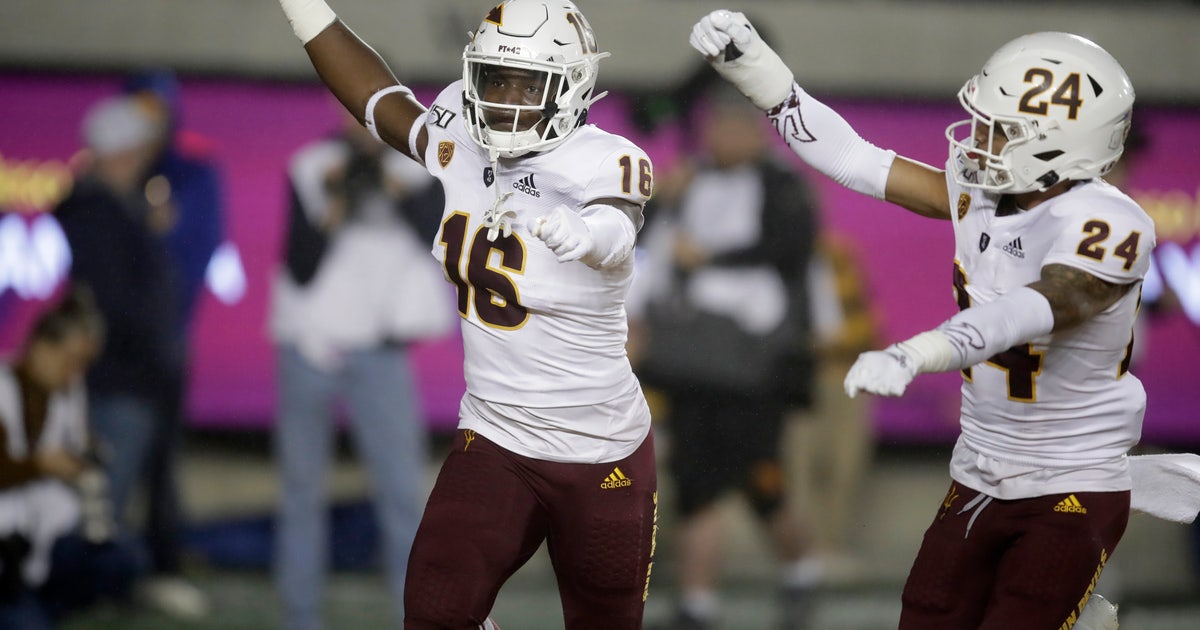 BERKELEY, Calif. (AP) — Eno Benjamin scored his third touchdown of the game on a 3-yard run with 4:41 remaining to lead Arizona State to a 24-17 victory over No. 15 California on Friday night.

The Golden Bears (4-1, 1-1 Pac-12) lost their perfect record and quarterback Chase Garbers to a right shoulder injury, spoiling their highest ranking in a decade. The loss also left the Pac-12 with no undefeated teams before the end of September.

The Sun Devils (4-1, 1-1) bounced back from a 34-31 loss to Colorado in the conference opener last week thanks to a strong performance by Benjamin. He had 29 carries for 100 yards, also scoring on an 11-yard run in the first quarter and a 4-yarder in the third quarter.

Garbers threw a 16-yard TD pass to Trevon Clark in the first quarter before leaving with the shoulder injury late in the second quarter when he fell on his arm on a scramble.

Devon Modster replaced him and struggled to move the ball through the air. Cal scored a TD in the third quarter on a 12-play drive that stayed on the ground, capped by a 1-yard run by Christopher Brown Jr.

The Bears then took a 17-14 lead when Joseph Ogunbanjo recovered a fumble by Daniels at the Arizona State 30 and Cal gained no yards before getting a 47-yard field goal from Greg Thomas.

But the Sun Devils answered with a 15-play, 75-yard drive capped by Benjamin’s third TD and then forced a turnover on downs when Modster threw an incomplete pass on fourth-and-3 from the Cal 29.

Cristian Zendejas kicked a 43-yard field goal to make it 24-17 and Cal was unable to get a first down.

Arizona State: The Sun Devils won despite squandering several scoring opportunities in the first half. Zendejas missed a 37-yard field goal after an effective drive and then a 50-yarder after a deflected punt gave Arizona State the ball at the Cal 37. Then late in the half, Curtis Hodges dropped a pass when he was left alone in the middle of the field on a third-and-3 from the Cal 43, leading to a punt.

California: The Bears struggled to generate anything in the passing game after Garbers got hurt, which doesn’t bode well for the future. Modster finished 5 for 14 for 23 yards and threw an interception in the end zone to deny Cal a chance at a field goal at the end of the first half. Garbers was coming off his best game at Cal, throwing for 357 yards and four TDs in a win last week at Mississippi.

California: Visit No. 13 Oregon next Saturday