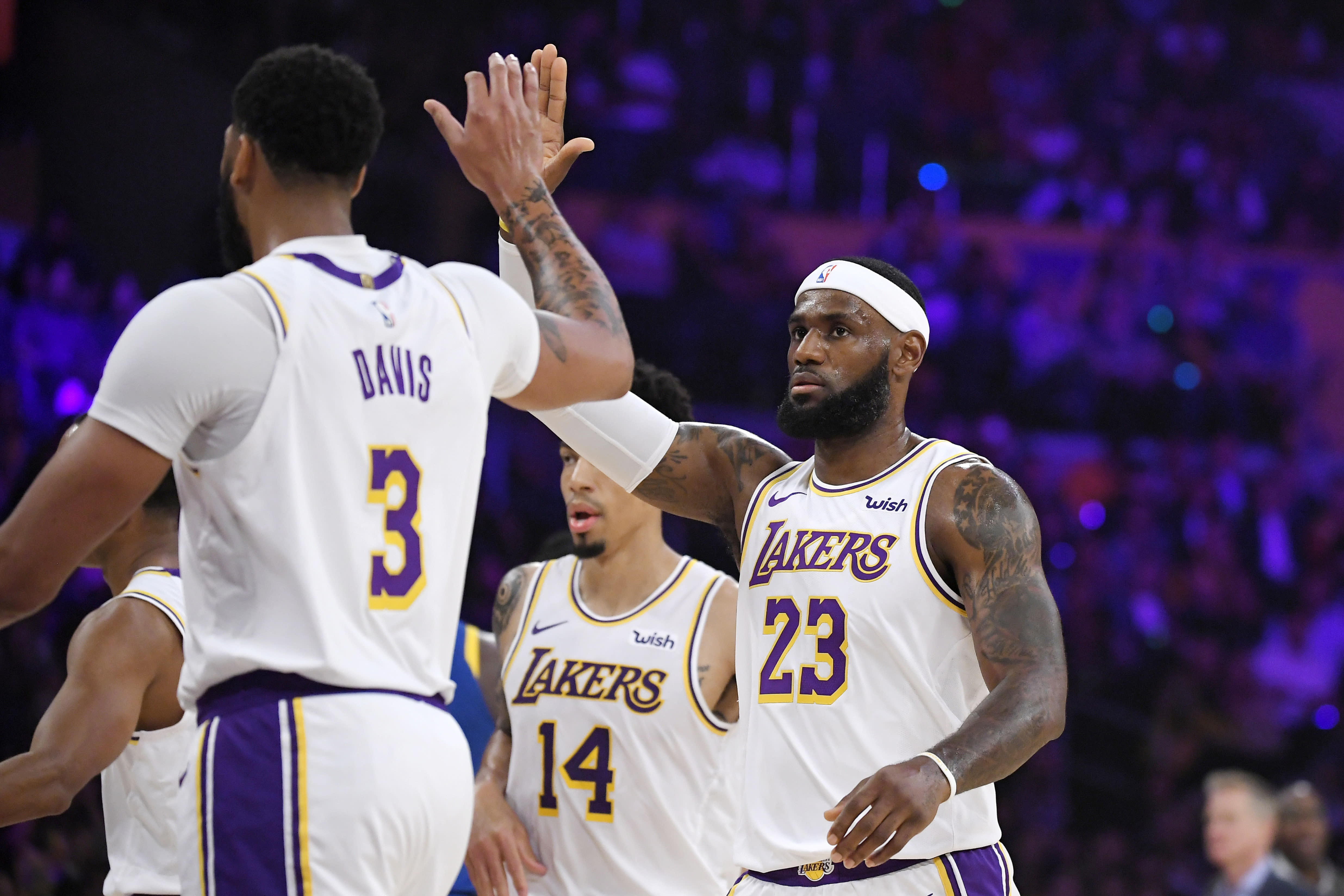 Anthony Davis returned to the court for the Los Angeles Lakers on Wednesday after a minor thumb injury, and looks like he hasn’t missed a step.

Davis was in a groove Wednesday night at the Staples Center, nearly dropping a triple-double in their dominant 126-93 win against the Golden State Warriors. Davis finished with eight points, 10 rebounds and eight assists in 28 minutes in his home debut for the Lakers, and seemed to have no issue facilitating their offense.

Davis sprained his right thumb in their preseason game against the Brooklyn Nets in China on Saturday, and missed their game against the Warriors on Monday, too. He was cleared on Wednesday morning, however, after both an MRI came back clean and he felt comfortable at the team shootaround.

He proved that almost instantly, too, expertly throwing up a perfect lob to JaVale McGee just minutes into the game.

Davis had a fantastic assist to Alex Caruso under the hoop after putting the moves on Kavion Pippen to close out the first half, too.

While he didn’t score as much as he did earlier in the preseason — Davis averaged 19 points in nearly 22 minutes in their first two outings before his injury — his chemistry with the Lakers’ offense is still incredibly strong.

With the thumb injury now behind him, Davis made it clear once again that he’s capable of being the piece the Lakers needed to make waves in the league this season — even if it is still just the preseason.

James may be 34-years-old and entering his 17th season in the league, but his court vision remains unmatched.

He proved that yet again on Wednesday night.

Late in the third quarter, James caught the ball near mid-court and pushed the fast break, driving right at the rim. As Warriors forward Juan Toscano-Anderson attempted to stop him, James whipped the ball to Danny Green in the corner in a way that only he could — with his offhand behind his head as he fell to the floor under the hoop.

With time to spare, Green easily drilled the three-point bucket.

James finished the night with 18 points and 11 assists, shooting 6-of-9 from the field in 25 minutes.