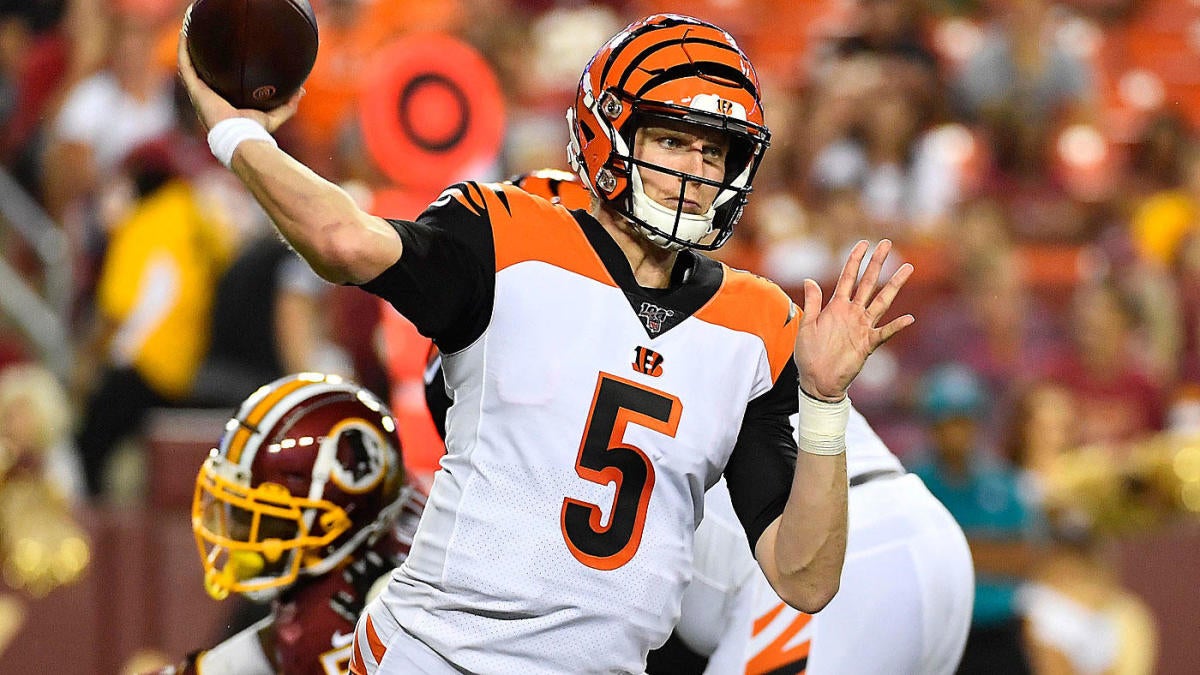 The Andy Dalton era is over in Cincinnati, and rookie Ryan Finley will take over at quarterback for the Bengals.

The news broke on trade deadline day and came after Dalton began the season 0-8 while completing 61.5% of his passes at 6.7 yards per attempt with nine touchdowns and eight interceptions.

Finley was my No. 4 quarterback and No. 72 overall prospect in the 2019 draft class behind Drew Lock, Kyler Murray, and Dwayne Haskins. My pre-draft comparison for him was Ryan Tannehill.

With Finley in the spotlight in Cincinnati, now is the perfect time to restate my thoughts on him as a prospect.

Below are the five categories on which I evaluate and ultimately grade quarterback prospects. And in my system, the grades in each category are weighted differently and listed below from most important to least important.

Finley has clearly above-average accuracy to all levels of the field, and he really works the short to intermediate portions of the field well. Occasionally, his ball placement can drift into “elite” territory, but at times he’ll airmail passes that have plenty of velocity behind them (I’ll get to his arm strength later).

His ability to put the ball where he wants it is Finley’s most valuable asset as a passer, and thanks to extensive experience with bootlegs at NC State, his accuracy barely dips while throwing on the run, something head coach Zac Taylor probably really liked about him as a fit in his West Coast based system.

While not as impressive as his accuracy, Finley usually shines moving inside the pocket, and beyond anything natural, much of his good pocket presence is due to his significant amount of time spent as a starter in college. Between Boise State and NC State, Finley appeared in 46 games in the NCAA before entering the NFL and threw 1,461 passes.

He understands he needs to drift away from pressure inside the pocket while keeping a balanced base with pressure mounting and did all of those things often while at NC State.

However, his pocket-drifting skills didn’t improve from his junior year to his senior campaign, which is likely part of the reason he fell to the fourth round of the draft. More often than you’d probably like, he’ll get confused by a blitz or coverage, panic, and drift backwards — a cardinal sin of quarterbacking — but in general, he’s decently calm when navigating the pocket as pressure mounts.

While he was in the shotgun often, Finley operated a new-age “pro-style” offense that featured spread concepts and was littered with play-action bootlegs.

Also, he was frequently asked to move quickly through his reads to find secondary and tertiary targets, and more often than not he did. Finley showed the ability to make accurate throws on full field reads even as a junior in 2017.

However, right when Finley seems to be perfectly comfortable moving through his progressions, he’ll lock onto a target near the sideline for the duration of his drop back and get himself into trouble. Overall, his field-reading skills are good, but not tremendous.

This was the main reason Finley fell to Day 3 of the 2019 draft. He simply doesn’t have a big arm by NFL standards. He put a handful of wow throws down the field on film in his three years at the Wolfpack starter, yet most of the time, his passes to the perimeter lacked velocity, and he wasn’t able to really rip in-breaking routes over the middle.

While Finley took his fair share of deep shots in college, he wasn’t able to stretch the field vertically on a consistent basis because of his average-at-best arm. Is Finley’s arm a gigantic liability? No. But it just narrows his margin for error with timing, particularly on long throws toward the sideline. A decent amount of his interceptions in college came when he couldn’t drive the ball to the outside.

Finley’s a respectable athlete for the quarterback spot, as he showed many times during his collegiate career and as evidenced by his combine performance. He ran a 4.73 in the 40 and had a broad jump in the 81st percentile at the position.

At times at NC State, he was utilized on designed runs but mostly tapped into his athletic ability as an scrambler after scanning the field. He won’t make defenders miss, and I don’t foresee the Bengals using him on designed runs, but when things break down he can pick up 5-15 yards if there’s space in front of him.