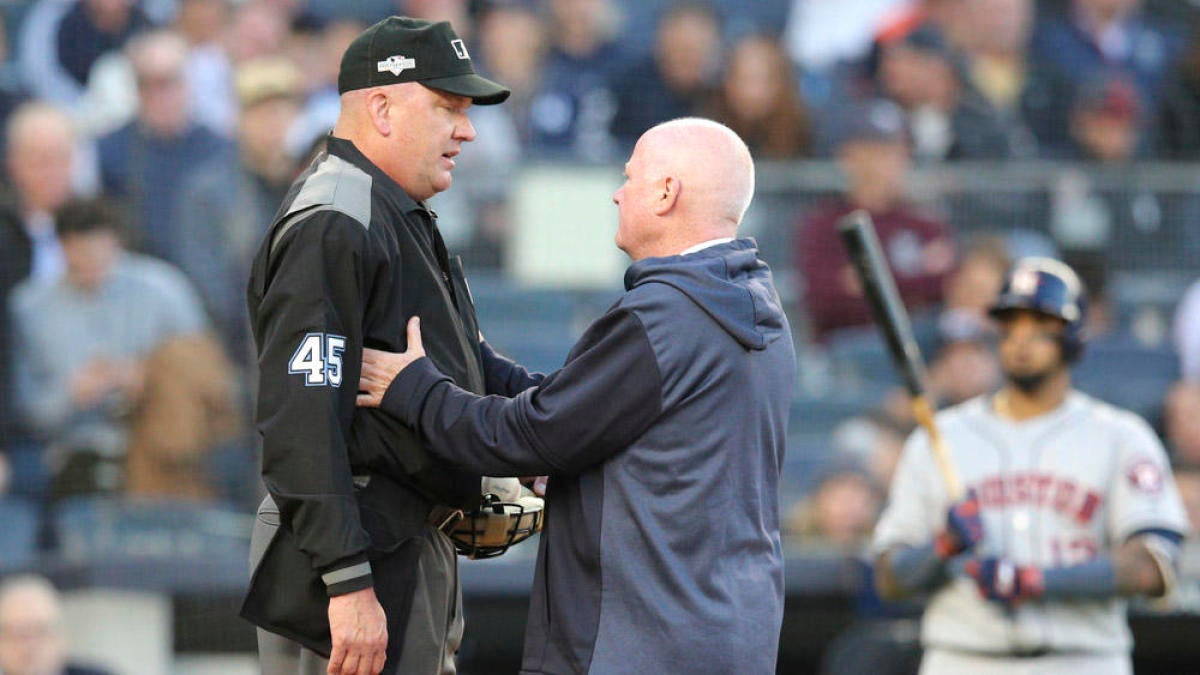 Jeff Nelson, the home plate umpire for the Game 3 of the American League Championship Series, will not return to umpire the remaining games in the series after suffering a concussion on Tuesday. Major League Baseball announced that Mike Everitt will replace Nelson for the remainder of the ALCS.

In the Astros 4-1 win over the Yankees in Game 3, Nelson exited after taking two foul balls off of his face mask while umpiring at home plate. Foul ball off the bats of Yuli Gurriel in the third inning and Martin Maldonado in the fourth.

Kerwin Danley, who had been working at second base prior, took over for Nelson at home plate, and had to go to the umpires’ locker room to get set up with the home plate umpire gear. There was a 17-minute delay in the game between the bottom of the fourth inning and the top of the fifth as the umpiring crew had to reshuffle. The rest of the game was played without an umpire on the left-field line.

Nelson, 54, has worked four World Series in his career, most recently in last year’s between the Red Sox and Dodgers.

The ALCS will resume Thursday after Game 4, originally scheduled for Wednesday night at Yankee Stadium, was postponed because of inclement weather. With the postponement, both clubs have adjusted their pitching plans accordingly.

Game 5 of the ALCS is pushed to Friday night at Yankee Stadium and Games 6 and 7 in Houston on Saturday and Sunday, if necessary.  The Astros lead the series, 2-1. The ALCS winner will face the Washington Nationals, who advanced with a four-game sweep of the St. Louis Cardinals, on Tuesday, Oct. 22 for Game 1 of the World Series. The full postseason schedule can be found here.