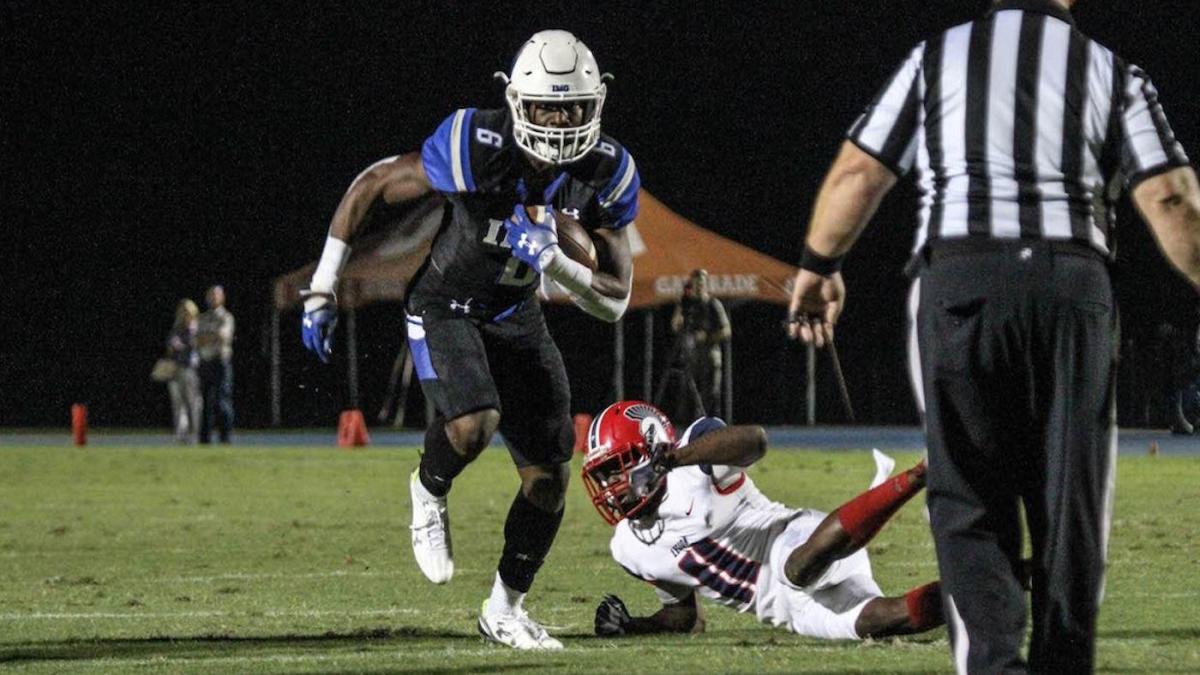 Alabama has reportedly suffered a big loss in its backfield three weeks before kicking off the 2019 season. Five-star freshman running back Trey Sanders suffered a significant foot injury in practice on Thursday and is expected to miss the entire season with a foot injury, according to AL.com.

Sanders has been pushing for playing time in a backfield that will be led by Najee Harris after the departures of Josh Jacobs and Damien Harris. Coach Nick Saban praised Sanders’ start to fall camp on Wednesday afternoon — one day before the injury reportedly occurred. Sanders was notably absent from practice on Friday.

“Trey Sanders is doing really, really well in camp,” Saban said. “His work ethic is really good. He’s learning every day. His attention to detail seems to be pretty good. He’s got some ability that may be able to contribute to the team.”

Sanders was the No. 6 overall player in the Class of 2019 and was one of three five-star prospects that signed with the Crimson Tide. He signed with the program after spending time at IMG Academy in Bradenton, Florida. The 6-foot, 200-pounder, who hails from Port. St. Joe, Florida, earned high praise on the recruiting trail.

“One of the most college ready bodies at the running back position in the 2019 class,” 247Sports recruiting analyst Luke Stampini wrote. “Able to deftly make defenders miss in the hole and turn short gains into big runs. Nimble feet, impressive jump cuts, and vision to go with the strength to break tackles and push the pile. Comfortable as a pass catcher, making him a well rounded weapon out of the backfield. Concerned he is already physically maxed out prospect with limited upside to what he is currently. An impact player at high-end Power Five level and future NFL Draft pick, with early round upside.”

With Sanders out, expect junior Brian Robinson to shoulder even more of the load as Alabama’s No. 2 running back. The Crimson Tide will kick off the 2019 season vs. Duke in the Chick-fil-A Kickoff Game in Atlanta on Aug. 31.