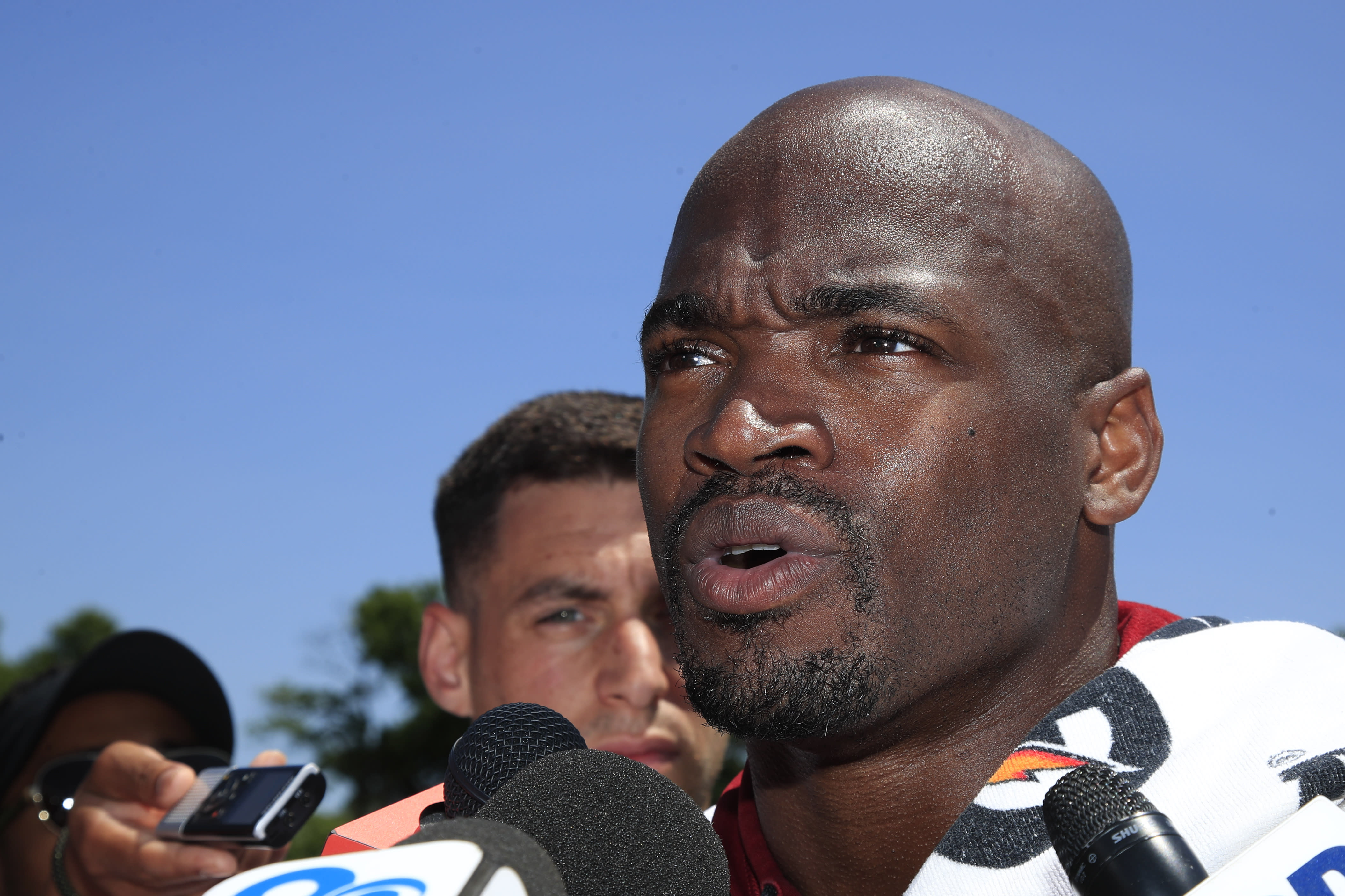 Washington running back Adrian Peterson hasn’t had a pleasant experience with the team this season. Peterson wasn’t active for Week 1, and then received only 10 carries as the team’s primary runner in Week 2.

How is Peterson handling that situation? It’s gotten to a point where he wants to truck someone in the team’s front office. No, really.

Peterson, 34, revealed that nugget to Darren M. Haynes of WUSA 9 in Maryland. When Haynes asked which Washington player Peterson would love to run over, Peterson responded with, “I don’t think it’s one guy that I would just want to run over that’s on the team.” Peterson then waits a beat before saying, “Now, if you would have said the front office, I could have had a couple options.”

Peterson is clearly playing that answer for laughs.

Still, given everything that’s happened with Peterson this season, there may be a kernel of truth to his statement. After the way he’s been handled, Peterson could be frustrated with the team. Peterson was a surprise inactive in Week 1 after rushing for 1,042 yards last season.

It’s also possible this has nothing to do with Peterson. It might be more of a statement about how the team has handled offensive lineman Trent Williams. Peterson and Williams — who is currently holding out — are close. The two went to the University of Oklahoma, and have talked in person recently. Peterson may be frustrated the team hasn’t done more for Williams.

Peterson has no choice but to put that animosity aside for now. With Derrius Guice injured, Washington will rely on Peterson once again. Whether he likes it or not, Peterson is stuck with Washington for the time being.