A demotion to Triple-A might be the best thing for the Mets and Edwin Diaz, but it doesn’t sound like it will happen 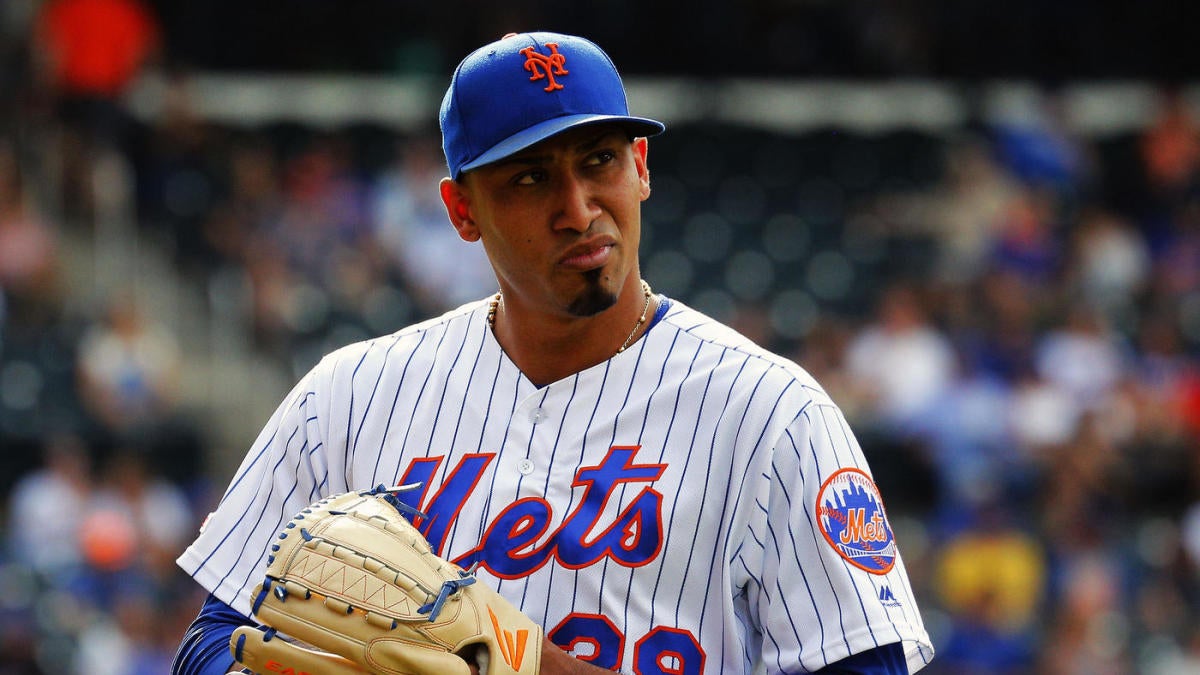 The New York Mets dropped their series finale with the Nationals (WAS 7, NYM 4) and saw their eight-game winning streak come to an end Sunday afternoon. The Mets are still 21-7 since the All-Star break, and they’ve climbed to within one game of the second wild-card spot. They are on some kind of tear right now.

Prized offseason pickup Edwin Diaz, who was recently demoted out of the closer’s role, pitched the top of the ninth inning Sunday and gave up a pair of insurance runs on Victor Robles‘ two-run homer. It was the 11th home run Diaz has allowed in 45 innings this year. He allowed five homers in 73 1/3 innings all of last year.

“The common denominator in all of his homers is that they’re right down the middle,” manager Mickey Callaway told reporters, including SNY’s Corey Hersch, following Sunday’s loss. “We didn’t execute a pitch. That’s normally what happens when you give up a home run. But we’re going to work hard and be diligent in getting the ball where we need to. We still have faith in Edwin.”

The Mets have used Seth Lugo in save situations recently, including letting him throw the eighth and ninth innings at times. When the game is on the line, Lugo is the man the Mets want on the mound right now. Callaway is trying to find important-ish spots to use Diaz without having him on the mound in the game’s highest leverage situations. It’s not easy.

“At this point, the way we’re set up, we really can’t afford to do that,” Callaway told Hersch when asked about using Diaz in low-leverage situations until he rights the ship. “He’s going to continue to get big outs for us and pitch in big games. We’re going to pick our spots and do the best that we can with him to win a game every single night.”

Including Sunday, Diaz has allowed 24 runs and eight homers in his last 25 appearances and 23 innings. He’s put 45 runners on base in those 23 innings. Pretty much every reliever goes through a rough patch each year. Even the great ones. This is more than that now. Diaz’s struggles are prolonged and they’ve already cost him the closer’s job and his team games in the standings.

This has gone on long enough now that the question has to be asked: Should the Mets send Diaz to the minors? To be clear, there is no indication the Mets are considering this. In fact, Callaway’s comments Sunday — “He’s going to continue to get big outs for us ” — tell us a minor-league demotion is not on the team’s mind. Consider this a thought exercise more than anything.

Demoting Diaz to Triple-A would not be about punishing him or even manipulating his service time. (At this point, the Mets could not push back Diaz’s free agency even if they sent him to the minors the rest of the season.) It’s about letting him work on things in a low-pressure environment where wins and losses don’t matter. It’s about getting Diaz right.

Sending an All-Star caliber reliever to the minors at midseason doesn’t happen often, but it does happen. The Mets only have to look across town for an example. Earlier this year Chad Green struggled so much the Yankees had to send him to Triple-A. He later admitted it was best thing for him. Here’s what Green told Joe Rivera of the Sporting News about his demotion:

“From where I was at the time, (getting sent down) was the best thing,” Green told Sporting News. “I wasn’t upset about it at all. I knew I needed to do something and to try to make changes or figure out exactly what’s going on. Trying to throw extra bullpens here while you’re trying to win games is tough.”

Green’s demotion didn’t last long — he spent 18 days in Triple-A — and Diaz’s demotion wouldn’t have to last long either. A few outings to clear his mind and work on things could help him turn his season around very quickly. Consider it a tune-up. It’s tough to work on things at the MLB level. These games count. In Triple-A, it’s easier to focus on a mechanical fix or refining pitches.

Of course, there’s also the matter of the Mets being in the postseason race and needing to win as many games as possible. Is Diaz — this version of Diaz — better than the call-up who would replace him on the roster? I honestly don’t know at this point, but I always like to bet on talent. Few relievers are as talented as Diaz and he could figure things out tomorrow for all we know.

Now that we’re in mid-August and the Mets are back in the race, the timing probably isn’t right to send Diaz down. The best time for a demotion was a month or two ago. Given his performance, sending Diaz down would not be undeserved. He’s performed that poorly. That said, the Mets are sticking with him, so they’ll try to get him right in important games down the stretch.